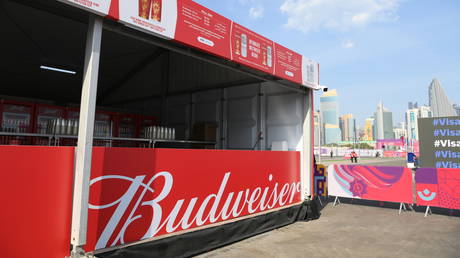 Alcohol will no longer be sold at the eight locations where the tournament matches are being played.

Two days before the World Cup begins, organizers in Qatar announced that alcohol will not be sold at the eight stadiums that will serve as the venues for the games.

Budweiser, the official beer of the World Cup, was permitted to sell beer to spectators at stands located outside of stadiums as long as they were hidden from view.

However, FIFA announced on Friday that alcohol would only be permitted in corporate hospitality areas at the eight venues, meaning regular match goers would be without a drink.

A decision was made to concentrate the sale of alcoholic beverages on the FIFA Fan Festival, other fan destinations, and licensed venues, and to remove beer sales points from Qatar’s FIFA World Cup 2022 stadium perimeters, according to a statement.

Fans would still be able to purchase non-alcoholic beer, and FIFA would “continue to ensure that the stadiums and surrounding areas provide an enjoyable, respectful, and pleasant experience for all fans,” according to the statement.

In the lead-up to the World Cup, topics like Qatar’s treatment of migrant workers and the LGBT community have been discussed along with the sale of alcohol to football fans visiting the strictly Muslim country.

Although alcohol will still be available to football fans in other areas of Qatar, such as fan zones and hotels, the sudden change in policy regarding stadiums, which comes just days before Qatar’s tournament opener against Ecuador on Sunday, is not likely to be well received by all guests.

In a statement, the Football Supporters Association, which speaks for World Cup participants Wales and England supporters, charged that the late U-turn was the result of a “total lack of communication and clarity” on the part of the organizers.

Budweiser, the event’s sponsor, admitted the move left a bad taste in its mouth. The company’s official Twitter account initially posted the message “Well, this is awkward…” before deleting it.