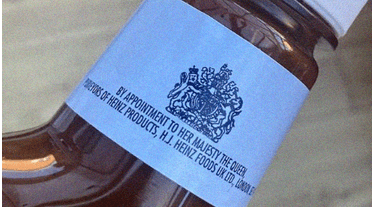 The Queen’s Royal Arms have served as a symbol to remind customers that these products also adorn palaces and castles by appearing on numerous cabinets, bathroom vanities, or even the sides of a few lorries.

However, everything is about to change.

More than 600 Royal Warrants died away with Queen Elizabeth II at her Balmoral home in Scotland.

These insignia on products’ packaging or websites not only demonstrate that the businesses in question adhere to strict standards, but also that they frequently provide for the Royal Household.

But according to the Royal Warrant Association, these companies must now reapply for their warrants. Companies may continue to use the Royal Arms in conjunction with their operations for up to two years following a change in the reigning royal before they are reassessed.

The employees at Crown Paints in Darwen, Lancashire, are aiming to maintain their special connection.

Marketing director Katie McLean says, “It’s a real badge of honor and we’re extremely proud of it,” adding that it has become a crucial component in attracting and keeping employees.

“We have employees who have been with us for several generations; their family was employed here in the 1960s when the Queen came to visit.”

King George VI granted the company a Royal Warrant in 1949, and the Queen reaffirmed it in 1955.

The company’s headquarters are adorned with a metal crest, and only recently, Sandringham Estate and Frogmore Cottage received paint from them.

Although Katie acknowledges it’s beneficial for the company and exports, she claims the Warrant goes far further than that: “Everyone at Crown has a sense of responsibility as well as pride as a result. It implies that we have consistently worked on community projects and are industry leaders in sustainability “She spoke. “We’ll keep doing it and pray that the King and we are on the same page about it.”

When discussing the prospective wants of King Charles III with enterprises, the phrases “sustainability” and “environment” keep coming up.

The 180 warrants that Charles issued while still, the Prince of Wales will be in effect now that he is the King because they belong to the household and not the monarchy.

Heinz has been providing Royal Households with goods since 1951 since it inherited some solid relationships when it bought Lea and Perrins. The latter also created a little miniature bottle for the Windsor Castle children’s toy house in 1924.

Heinz products were once stocked as luxuries in department stores, but they are now found in many kitchens across the nation.

The Queen and the Duke of Edinburgh paid a visit to the Heinz factory at Kitt Green, close to Wigan, in May 2009 to commemorate the factory’s 50th anniversary of its official launch, according to a Heinz spokesperson.

On the list, there are other favorites of American families than them.

According to Kellogg’s director Paul Wheeler, the company has such a long history of providing the Queen with cereal that they originally used a little van named Genevieve to bring food to the palace.

Paul continued, “Today, the Royals buy their cereal from us through their regular supermarket supplier, but it has been an honor to hold the Warrant for the entirety of the Queen’s reign and for a portion of that of her father King George VI as well.

The Warrant has been a benefit for Kellogg’s as an American company. Even though the crest is a symbol of quality for their goods, not every package bears it.

The largest Kellogg’s production facility in Europe is in Manchester, although boxes sent, for instance, to the Republic of Ireland lack the crest.

There is an opportunity at times of change. Such designations, similar to Red Tractor or Fairtrade, are a shorthand for making purchasing decisions, according to consumer behavior expert Dr. Amna Khan.

“These things will heighten consumers’ feelings and encourage them to buy into status and nostalgia,” says the author.

“The best possible recommendation for any product is that. The only thing a logo ever tries to convey is how unique and special [this company] is, and it doesn’t get much more distinctive than the royal family.”

A 122-year partnership between the palace and the tobacco business Gallaher, which manufactures Benson & Hedges and Silk Cut cigarettes, came to an end in 1999.

King Charles, a fervent anti-smoker, is alleged to have played a key role in the withdrawal, according to commentators. The palace said at the time that the reason was a lack of demand from the Royal Household. Groups opposed to smoking applauded it.

A Warrant may now be issued by the King or the Queen Consort. Additionally, it is anticipated that the new King will give Prince William, his son, and successor, the authority to issue his warrants.