×
Newsyolo.com > entertainment > Queen’s crown | Claire Foy: “I’m honored” to have played the Queen in “The Crown.” 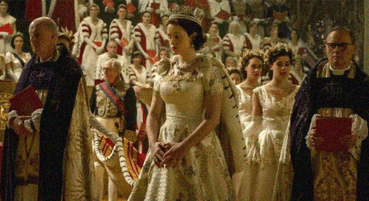 Queen’s crown | Claire Foy: “I’m honored” to have played the Queen in “The Crown.”

The Crown’s first two seasons’ Queen was represented by Claire Foy, who expressed her gratitude for having been a “little part of her tale” in a statement.

In the Netflix drama, Foy played the monarch until Olivia Colman and Imelda Staunton took over.

At the Toronto Film Festival, Foy told BBC’s Lizo Mzimba, “I think that she was a great ruler.”

“She brought people together and was a huge symbol of perseverance, dignity, and elegance.”

“My biggest feeling is simply thinking about her as a mother, grandmother, and a great-grandmother, really,” the British actress continued. “I’m extremely honored to have been a teeny tiny, small part of her journey.”

Following the news of the Queen’s passing, The Crown’s first season, which followed her life from her wedding in 1947 until 1955, has reentered Netflix’s weekly global top 10 charts.

The streaming behemoth has disclosed that it received 17.6 million hours of global viewing, placing it as the sixth most watched English-language TV program on the site for the week of September 5–11.

According to Netflix, “HRH Queen Elizabeth II was in the hearts and minds of viewers.”

While promoting her new movie Women Talking, in which she co-stars with Jessie Buckley, Rooney Mara, Ben Whishaw, and Frances McDormand, Foy spoke with BBC News.

Colman was in Canada this week to promote her new movie, Empire of Light. Colman assumed the lead royal role for seasons three and four of The Crown.

After seeing King Charles III’s first statement following the passing of his mother on Friday, she told Variety that she had a sense of pride in being a Brit.

She remarked, “From a British perspective, he did it so well. “I believe that’s what she always wanted and that’s what she’s done. It was all about love, tolerance, and compassion.

“She pledged a young woman and she completely kept it with such dignity. I think we’re all extremely impressed by what she achieved.

In November, the fifth season of The Crown will debut, featuring Staunton as the Queen in the 1990s.