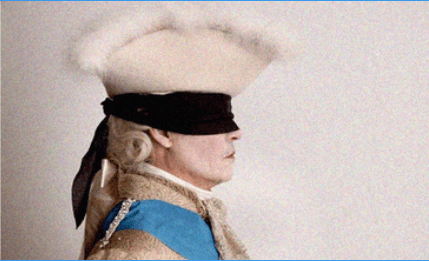 In Paris, the filming for “Jeanne du Barry” began in July and will last for 11 weeks.

A French production company has published Johnny Depp’s first image as contentious King Louis XV from director Maiwenn’s historical romance “Jeanne du Barry.” Since his well-publicized defamation trial against his ex-wife Amber Heard, Mr. Depp has not played a cinematic part. The Virginia court’s jury concluded on June 1 that Ms. Heard had slandered Mr. Depp in an opinion piece she wrote for The Washington Post in 2018 in which she claimed to be a victim of domestic abuse. Additionally, the jury concluded that Mr. Depp insulted Ms. Heard while denying her accusations.

According to Variety, “Jeanne du Barry” began filming in Paris in July. Maiwenn herself is playing the lead role.

The image making the rounds online features Mr. Depp wearing regal attire, a commanding hat, and white, curly hair. His eyes are concealed by a black cloak, signifying that the monarch is ignoring his depravity.

Variety claims that Jeanne, a young working-class woman who exploits her brilliance and appeal to ascend the social ladder, served as the inspiration for the movie. King Louis XV falls head over heels in love with the woman when he first sees her and keeps her close despite all propriety and protocol.

According to Deadline, the shooting began on July 26 and will go for 11 weeks. It cited Why Not Productions to state that the movie would also be filmed in a studio and Versailles and other French chateaux.