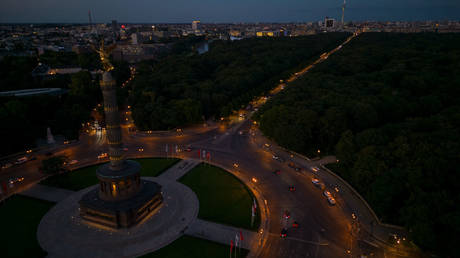 Reuters: Germany is saving money to deal with blackouts

The action is a component of a crisis response plan.

According to sources cited by Reuters on Tuesday, German authorities are stepping up their preparations for emergency cash deliveries in case of power outages to keep the economy running.

People with knowledge of the plans told the media that the Bundesbank, Germany’s central bank, is reserving additional billions to handle a spike in demand and potential withdrawal restrictions.

According to the sources, officials and banks are also reportedly considering distribution and giving cash transporters priority access to fuel. The financial market regulator BaFin and numerous financial industry associations are also involved in the planning discussions.

The discussions demonstrate how seriously German authorities take the threat and how difficult it is for them to prepare for potential crippling power outages brought on by rising energy costs or even sabotage, according to Reuters.

According to the report, having access to cash is “of particular concern for Germans, who value the security and anonymity it offers and who tend to use it more than other Europeans,” with some people still holding onto Deutschmarks that were replaced by the euro more than 20 years ago.

According to a recent study by the Bundesbank, Germans typically withdraw more than €6,600 ($6,863) annually, mostly from ATMs, accounting for about 60% of all daily purchases.

One of the sources suggested that if a blackout occurred, policymakers might choose to restrict the amount of cash that people can withdraw. According to the person, the Bundesbank processes the cash that flows through Germany’s businesses and economy, so its sizable inventories position it to meet any sudden increase in demand.

In a meeting with representatives from the central bank and lawmakers last week, the director of the industry group BDGW, Andreas Paulick, declared: “We must preventively address the realistic scenario of a blackout. To remain silent about this now would be completely naive.