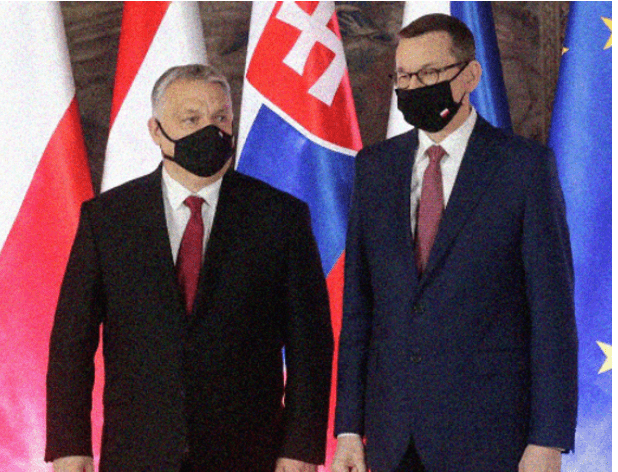 In its annual report, the executive of the European Union bemoaned the state of the rule of law in Poland and Hungary and focused on alleged injustices in those countries’ judicial and media systems.

Belgium (AP) — In its annual report, the executive of the European Union on Wednesday criticized the rule of law situation in Poland and Hungary, focusing on alleged injustices in their judicial and media systems.

The European Commission stated that it was even more crucial for the 27 countries to remain a beacon of democracy on an unstable continent in light of Russia’s invasion of Ukraine.

Despite being at the forefront of the EU’s initiative to accept war refugees from Ukraine, Poland received a lot of criticism for its media independence and judiciary independence.

Zbigniew Ziobro, prosecutor general and minister of justice in Poland called the study “yet another blackmail by the EU.” He vehemently argued against Poland’s government caving into EU demands. The separation of the prosecutor and general justice minister’s roles in Poland has been advocated by the European Commission.

Hungary also stood out for the criticism it received because of its prime minister, Viktor Orban, who is seen as Russia’s finest contact in the 27-nation EU.

The report noted that there were still “serious worries” about the independence of the Polish court and said that the country’s anti-corruption initiatives still needed improvement. It stated that “the general atmosphere for journalists continues to deteriorate” and questioned the government’s commitment to free speech in the media.

Despite recent steps in Warsaw, Poland’s struggle with the EU’s Brussels headquarters over judicial independence has raged for years and is far from ending. Before receiving any of the approximately 36 billion euros ($39 billion) in frozen funds, Poland must yet take other steps to safeguard judicial independence.

Hungary received maybe even harsher condemnation from the report, which stated that “judicial independence concerns… remain unaddressed” and that anti-corruption efforts were still woefully inadequate. “Risks of clientelism, cronyism, and nepotism in high-level public administration remain unaddressed,” it said of the country.

The report stated that although Orban declared a state of emergency to combat the pandemic, “the government has been actively exercising its emergency powers, also in areas not relevant to the COVID-19 epidemic as initially invoked.”

The nationalist government of Hungary and the European Commission have been at odds for a long time over whether or not they should be required to uphold EU criteria for rule of law. The European Commission has opened various proceedings against Hungary for what it claims to be an infringement of EU regulations, citing shortcomings in judicial independence, crackdowns on the media and civil society organizations, and insufficient safeguards against corruption.

However, these legal actions have frequently failed to persuade Orban to change course, and detractors claim that his administration has broken EU laws while utilizing the bloc’s funding to enrich members of his family and politically connected businessmen.

Hungary’s post-pandemic financial assistance has been delayed by the European Commission due to what it considers inadequate anti-corruption measures. Additionally, the Commission has designed a system for punishing member states that do not follow the bloc’s requirements for rule of law.

Even while the European Commission’s study exposed flaws, several people claimed it lacked any real teeth.

For instance, the commission filed two infringement complaints against Hungary’s government in 2021 over legislation they claimed targeted the LGBTQ community.

Green MEP Terry Reintke lamented that “this sharper insight is not greeted with a sharper biting.” “We need the Commission to take much clearer action in light of the grave violations of fundamental rights, women’s rights, and LGBTIQ rights in nations like Poland and Hungary.