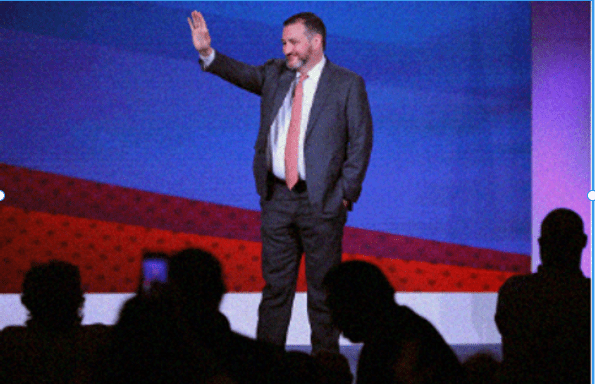 Run again | Cruz: “I hope to run for president again”

Sen. Ted Cruz, who finished second to Donald Trump in the bitter 2016 Republican primary, declared on Thursday that he would like to run for president again in the future.

The Texas legislator told The Christian Science Monitor, “Look, I plan to run again.” In 2016, we came quite close. And I’ve never had so much fun in my life.

Cruz garnered the second-highest number of delegates at the party’s convention in Cleveland in July 2016, where a group of his supporters tried to block Trump’s nomination and caused chaos. Cruz similarly refrained from endorsing Trump in a prime-time speech, urging Republicans to “vote their conscience” instead, drawing boos from the convention floor.

However, Cruz indicated two months later that he would support Trump over Democratic nominee Hillary Clinton in the general election, and in the three years since then, he has established himself as the president’s most steadfast conservative partner in Congress.

In a battle that attracted considerable national interest and propelled O’Rourke into the 2020 Democratic presidential primary, Cruz defeated former Texas Rep. Beto O’Rourke to win reelection to the Senate in 2018.

Cruz’s relatively tight victory increased Republican worries that the state could become a potential battleground in the 2019 election cycle, both for the GOP Sen. John Cornyn’s attempt for reelection to a fourth term and in the presidential race.

In 2020, Texas will be a fiercely contested state, Cruz said on Thursday. “I predict that Texas will go for the president. It should be closer than it was previously.