×
Newsyolo.com > Business > Russia news | CNN: US attempting to entice India away from Russia 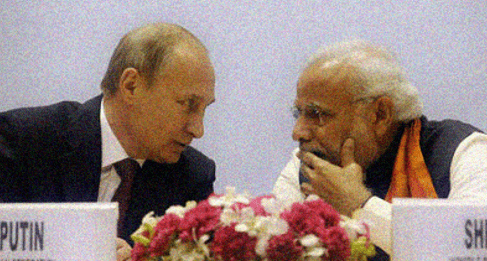 Russia news | CNN: US attempting to entice India away from Russia

The two countries’ trading relations have been improving.

According to CNN, a US State Department official stated on Tuesday that the US and India are in “deep” discussions on India’s reliance on Russian energy and weapons.

The anonymous source was cited as saying to media in New York, “India is very, heavily dependent on Russia, and that’s something that they did to themselves over around 40 years: first their military and then their energy dependence.” Therefore, he continued, “We have had extensive discussions with India about the fact that we want to enable them to have opportunities to diversify here.

India has resisted joining the Western sanctions on Russia despite pressure from the US because it prioritizes domestic energy security over geopolitical unrest. Rather.

So far this year, trade between Moscow and New Delhi has increased by more than double. The ruble and the rupee, the two national currencies of the two countries, are currently being used more frequently in bilateral transactions.

Also being discussed are ways to adopt each other’s interbank transfer systems, including India’s Unified Payments Interface (UPI) and SPFS, the Russian replacement for SWIFT, as well as mutual acceptance of the Mir and RuPay payment cards from Russia and India, respectively.