×
Newsyolo.com > Business > Russia wants to break its trade from the dollar, according to RBK 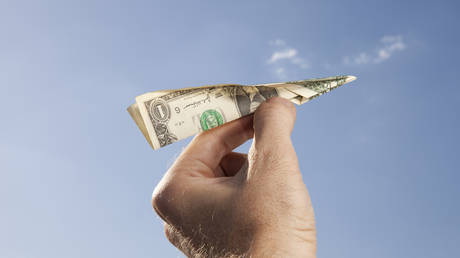 Russia wants to break its trade from the dollar, according to RBK

For transactions with “friendly” nations, the exchange rate is still determined using the US dollar.

According to RBK on Saturday, which cited sources in the financial industry and the government, Moscow is looking for ways to delink settlements with foreign partners from the US dollar.

Following the imposition of sanctions on the country earlier this year by several Western countries related to the conflict in Ukraine, Russia has intensified efforts to convert international settlements to national currencies. Russia’s use of the euro and the dollar has been deemed compromised as a result of the sanctions.

However, the dollar still serves as the basis for calculating the exchange rate for local currencies used in cross-border trade. When determining the ruble-tenge exchange rate, for instance, the value of the tenge in dollars is converted into the ruble and vice versa.

According to RBK’s sources, the Finance Ministry and Central Bank of Russia are currently collaborating with banks on a mechanism that would enable Russia to set prices for foreign contracts using new indicators without taking the dollar exchange rate into account.

Making a basket of currencies that are presumably pegged to one another is one approach. Another choice is to create a new payment unit for international trade agreements, the value of which would be linked to precious metals and other commodities like gold. In that case, the average prices of these commodities on global markets determine the exchange rate.

The simple tying of the national currencies to either gold or oil is the third possibility on the table. However, given that both gold and oil are priced in dollars, this could also be a problem.