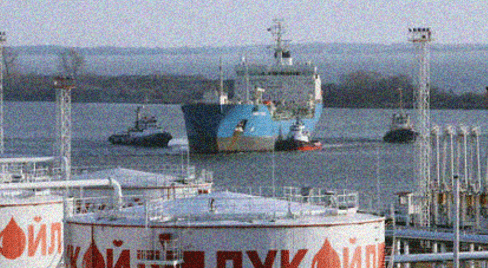 Washington has provided instructions on a proposed price cap, although its level remains uncertain

According to preliminary guidance released on Friday by the US Treasury’s Office of Foreign Assets Control (OFAC), US companies will be permitted to purchase Russian oil that is transported by sea as long as they adhere to a price ceiling decided upon by allies.

According to the paper, the US will ban “services connected to the maritime transportation of… seaborne Russian oil” from December 5, and services related to petroleum products from February 5, 2023.

When purchasing Russian petroleum at or below a cap set by the “coalition of countries comprising the G7 and the EU,” the prohibition will not be enforced. The guideline must be fulfilled for services like insurance and fuelling to

Buyers who overpay or intentionally give incorrect information will be subject to legal action and possible fines.

The memo states that additional recommendations would be released following consultations with the other involved countries but does not specify the price ceiling level.

Early in September, the Group of Seven nations—the United States, Canada, the United Kingdom, France, Germany, Italy, and Japan—agreed to set a cap on the price of Russian oil. The declared objective is to improve the situation in the world oil market while also limiting Russia’s capacity to fund military operations in Ukraine.

Alexander Novak, the deputy prime minister of Russia, has decried the price cap as “total folly” and threatened to cut off oil supplies to nations that back the plan.