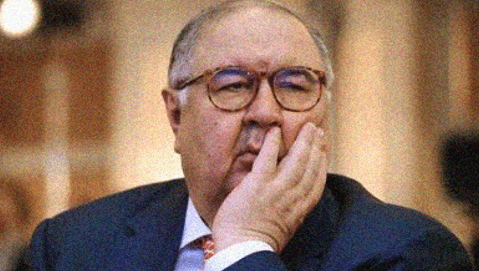 According to reports, Alisher Usmanov is being looked into by prosecutors in Munich and Frankfurt for breaking sanctions.

A worldwide search of assets reportedly connected to businessman Alisher Usmanov is being conducted by German police as part of an investigation into the billionaire Russian subject to sanctions.

According to a statement issued by Munich prosecutors on Wednesday, search warrants are currently being executed at twenty locations in Bavaria, Baden-Wurttemberg, Schleswig-Holstein, and Hamburg that are owned by a Russian national who is listed on the sanctions list.

Even though the statement makes no mention of individuals, according to unidentified sources familiar with the situation cited by Bloomberg, Usmanov is the target.

Usmanov is supposedly under investigation for violating sanctions since he employed and paid security personnel to maintain an opulent Bavarian complex. The employees are also being looked into.

The prosecution general’s office in Frankfurt said in a separate statement that raids there were conducted against a Russian businessman who was thought to have used his “large and sophisticated network of businesses and firms” to hide the sources of many transactions between 2017 and 2022.

After concluding that Usmanov’s sister, Gulbakhor Ismailova, who was the focus of Western sanctions over Ukraine, was the rightful owner of the superyacht Dilbar, one of the biggest and most costly private sailboats in the world, German authorities confiscated it in March. The businessman filed an appeal against the penalties with the EU General Court in April.

The businessman, who was born in Uzbekistan, owns a sizable portion of USM, a Russian investment organization that