×
Newsyolo.com > Business > Russian ruble | Russian businesses may be harmed by the strong ruble, an official warns 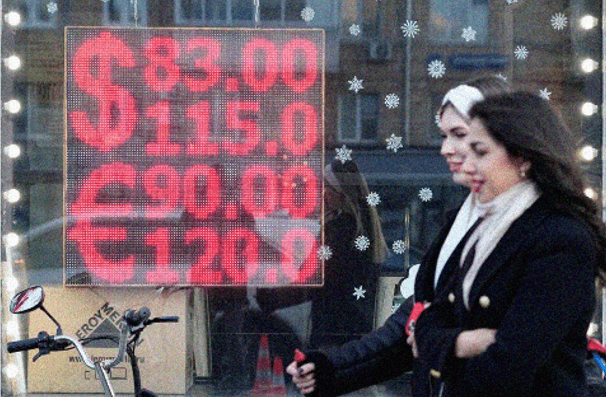 Russian ruble | Russian businesses may be harmed by the strong ruble, an official warns

The Russian minister of economic development warns that if the trend continues, the country’s industries may suffer as the currency advances to levels not seen in seven years.

Russia (AP) — Russia’s minister of economic development warned on Wednesday that if the trend continues, the nation’s businesses may suffer as the currency advances to levels not seen in seven years.

In the initial weeks following Russia’s deployment of soldiers into Ukraine in late February, the ruble saw record lows, falling as much as 50% to 150 against the dollar. It subsequently started to recover, reaching its best exchange rate this month since May 2015.

The official currency rate set by the Russian Central Bank on Wednesday was 52.9 to the dollar. Although some view the rate as evidence that Russia is surviving Western sanctions, the high ruble raises the cost of Russian exports.

Russian news outlets quoted economic development minister Maxim Reshetnikov as saying, “I think my colleagues would confirm that the profitability of many industries, albeit export-oriented, has become negative at the current currency rate.”

“I think many firms may come to the thought not only of reducing investment processes but also of the necessity to adapt current production plans and lower output volumes,” he added. “If such a situation would persist for several more months.”

Elvira Nabiullina, the governor of the Central Bank, proposed last month that Russia’s economy be generally reoriented away from dependence on export-based income.

According to analysts, the strong currency is a result of high oil and gas prices around the world as well as the fact that Russia is purchasing fewer imports as a result of extensive sanctions.