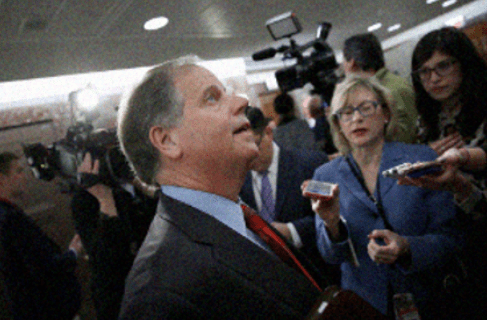 Sen. Doug Jones of Alabama is requesting a federal probe into online strategies employed in his Senate campaign last year that resembled Russian electoral interference, the Democrat said in a Thursday interview.

The director of the research firm New Knowledge, Jonathon Morgan, revealed this week to the New York Times and the Washington Post that he utilized fake social media posts as an experiment to see how well Russian election meddling tactics worked. Jones, though, said that his fight for the Senate in 2017 shouldn’t serve as a testing ground for such strategies and he wanted a full investigation into whether the law had been broken.

Even if the attempt was unsuccessful and was not used against him, Jones said he feels “outraged” and that a congressional investigation alone is insufficient. People are summoned before Congress all the time. There should be an investigation to see whether any laws were broken.

What is now clear is that we were so preoccupied with Russia that we neglected to consider the possibility that Americans could adopt the same strategy and commit the same heinous crimes, according to Jones. “I want the Justice Department and the FEC to look into this and determine if any laws are being violated or have been violated. If there is, too. Chase after them.

One of the studies provided to the Senate Intelligence Committee this week by New Knowledge included a thorough examination of the extent of Russian election intervention in the 2016 presidential election. According to the Times, Morgan’s experiment was far more subdued and appeared to be intended at separating supporters of GOP candidate Roy Moore, who was dogged by sexual assault charges and lost to Jones.

Jones claimed that he was attacked by tens of thousands of bots during the campaign, but he was unaware that Morgan was using his race as a smaller-scale test site for Russian disinformation strategies. In 2020, Jones is running for reelection and will be a key target for the GOP.

“I’m worried that it will occur again to me, my opponent, my colleagues here, the members of the House, the president, and the candidates running against the president. Nobody in this nation should experience this. We must take action to safeguard our electoral process, Jones stated.