×
Newsyolo.com > Political > Senate news | Georgian presidential and senate races are close, according to a poll 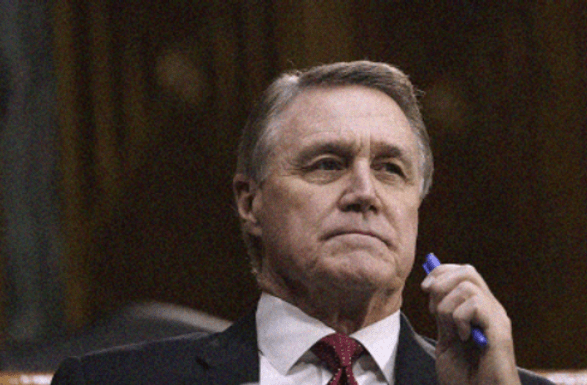 Senate news | Georgian presidential and senate races are close, according to a poll

The race for the state’s two Republican senators is tight, and Joe Biden and President Donald Trump are neck-and-neck.

According to a Quinnipiac University survey issued on Tuesday, Joe Biden and President Donald Trump are neck-and-neck in Georgia, and the two Republican senators up for re-election are also facing tough challenges.

Trump trails the Democratic candidate for president by a 50–47 percent margin. 51 percent of those polled approved of the job Trump has done as president, while 47 percent disapproved. However, while just 46% believed Trump is doing a good job with the Covid-19 dilemma, 53% disapproved of the president’s handling of the situation.

This belief was repeated elsewhere in the study, where respondents stated they thought Trump would handle the economy better than Biden, but that Biden would do a better job of handling the coronavirus and healthcare issues.

Just 2% of those who stated they would vote for president indicated that they were willing to change their minds.

The survey, which was carried out among 1,125 prospective Georgia voters between September 23 and 27, had a margin of error of plus or minus 2.9 percentage points.

There haven’t been any Democrats to win the state since Bill Clinton did so in 1992, and this survey is one of a few recent ones that indicate a close presidential election there. According to polls from Monmouth University and the Atlanta Journal-Constitution, Trump leads the race 47 to 46 percent of the time, respectively. Trump is in the lead by 1.2 percentage points according to the Real Clear Politics polling average.

Sen. David Perdue and Democratic opponent Jon Ossoff are tied 49 percent to 48 percent according to the Quinnipiac poll, and Ossoff has a 10-point advantage over self-described independents.

Tim Malloy, a polling analyst for Quinnipiac, stated in a news release that “this Georgia contest looms as one of several that might tip the balance of power in the U.S. Senate.”]

The poll also shows a rise in Warnock’s popularity, who gained 21 percent of the vote in the Monmouth University poll conducted last week after polling in the low single digits in July. Local Democrats have been urging the other Democratic candidates in the race, Matt Lieberman and Ed Tarver, who Quinnipiac reported at 9 and 4 percent, respectively, to drop out in order to bolster Warnock’s chances. Former President Jimmy Carter, who served as Georgia’s governor in the early 1970s, endorsed Warnock on Tuesday.

No candidate has received close to 50% of the vote, hence a runoff is expected. Early in the year, it was anticipated that Loeffler and Collins would face off against one another, but the Democrat pastor from Atlanta’s ascent has increased the likelihood of a two-party battle.

52 percent of respondents said that the late Justice Ruth Bader Ginsburg’s Supreme Court seat should be filled by the candidate who wins the election, not before November 3 as Trump and Senate Republicans seem determined to do. These findings are consistent with previous national and swing-state polls on the subject.