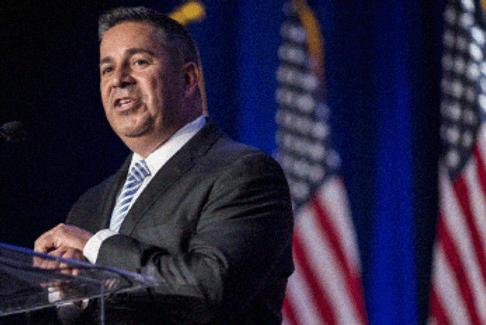 Democratic Rep. Ben Ray Luján declared on Monday that he will run for the Senate in New Mexico, putting an end to his ascent to House leadership in favor of a chance to sit in the upper house.

Former Democratic Congressional Campaign Committee chairman and the fourth-ranking member of the House Luján said he was “humbled by all of the outreach pushing me to run” for the Senate.

In the video, which was shot at his farm in Nambé, New Mexico, Luján is heard saying, “To move forward, we’ve got to change the Senate, where Mitch McConnell stands in the way of progress.” In the upcoming weeks, he claimed, he would formally begin his campaign.

Luján is seeking to succeed Democratic Sen. Tom Udall, who declared last week that he will not run for re-election to the Senate. Maggie Toulouse Oliver, the secretary of state, and Deb Haaland, a first-term congresswoman, are both considering running for office on the Democratic side. However, Luján has a substantial advantage in the Democratic primary thanks to his background and the extensive political and donor network he built up while serving as DCCC chairman.

Republicans have not prevailed in a Senate contest since the Democrats are expected to keep the seat in the coming year after holding it since 2002.