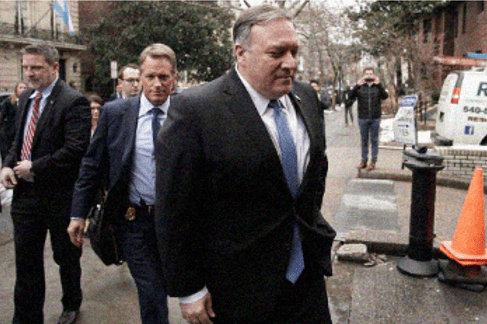 According to two sources familiar with the preparations, Secretary of State Mike Pompeo will meet with seasoned Republican strategist Ward Baker on Sunday in the afternoon to discuss a potential candidacy for the open Kansas Senate seat in 2020.

Former congressman and CIA director Mike Pompeo, who was approved as secretary of state in April 2018, is debating running for the Senate but hasn’t made up his mind yet. Despite this, party leaders, including Senate Majority Leader Mitch McConnell, are actively courting him. Shortly after Kansas Senator Pat Roberts announced his retirement, McConnell (R-Ky.) and Pompeo spoke.

Baker and Pompeo are anticipated to discuss what a Senate campaign might include. As executive director of the National Republican Senatorial Committee during the 2016 election season, Baker has extensive political experience. He supported Tennessee Republican Marsha Blackburn’s successful Senate run during the 2018 midterm elections. He is friends with McConnell as well.

The Trump administration, which has recently experienced several high-profile exits, would suffer if Pompeo were to go. As a result of his disagreement with the president over the decision to remove soldiers from Syria, Secretary of Defense Jim Mattis resigned in December.

Acting secretaries are in charge of running several Cabinet departments, including Interior and Defense. If Pompeo were to depart, Trump would have another post to fill.

It would also result in the departure of a significant ally for Trump. Pompeo was chosen by Trump to succeed Rex Tillerson as secretary of state because of their growing friendship. Pompeo, in contrast to Tillerson, has mostly kept any disagreements he may have with Trump to himself.

Last week, Pompeo concluded an eight-day trip to the Middle East in which he attempted to allay world worries about Trump’s foreign policy.

Pompeo, though, has long held political aspirations. In 2016, he thought about running against Kansas Senator Jerry Moran in the Republican primary but finally decided against it. If the former congressman decides to run for another job, some in the party think it would be safer for him to leave the tumultuous administration sooner rather than later.

The 55-year-old Pompeo is not rushing to make a choice, according to those close to him. Other Kansas Republicans have expressed interest in the position, but if he decides to run, the secretary of state would likely clear the field.

Despite the overwhelming odds in their favor, party officials are unwilling to take any chances. Democrats gained ground in the historically Republican state during the 2018 midterm elections, winning the governor’s office and a congressional seat. However, George McGill was the last Democrat from Kansas to be elected to the Senate in 1932.