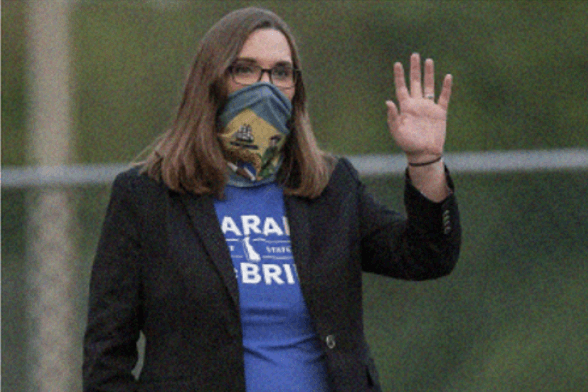 She rises to the position of the country’s highest-ranking openly transgender official.

The New York Times stated that McBride’s victory, which makes her the highest-ranking openly transgender politician in the nation. In this election cycle, there are an increasing number of transgender candidates.

McBride was predicted to win the overwhelmingly Democratic 1st state Senate District, which includes some of Wilmington, after becoming the first openly transgender speaker at any major-party convention in the United States at the 2016 Democratic National Convention.

David remarked that Sarah “made history tonight, not just for herself but for our entire town.” As a representative and an advocate, she provides the voiceless a voice. This triumph, which I anticipate will be the first of many in her career, demonstrates that anyone can realize their dreams regardless of gender identity or sexual orientation.