×
Newsyolo.com > Sports > Soccer news | In an effort to team with Gareth Bale in the transfer news, Carlos Vela re-signs with LAFC. 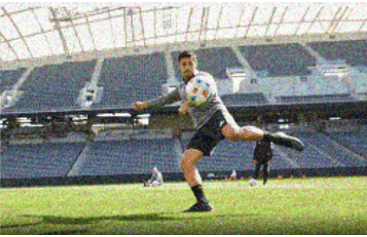 Soccer news | In an effort to team with Gareth Bale in the transfer news, Carlos Vela re-signs with LAFC.

Carlos Vela, a former Arsenal striker, has chosen to extend his contract with Los Angeles FC (LAFC). Vela’s new contract will keep him with the team for another year. Along with Giorgio Chiellini and Gareth Bale, Vela will be a part of one of the most illustrious starting lineups in Major League Soccer history (MLS).

LAFC announced on Wednesday that Vela’s contract has been extended. Los Angeles Football Club (LAFC) tweeted a video of Vela scoring many goals with the title “The Return of the King (Director’s Cut).”

Since joining the MLS team in 2018, the 33-year-old striker has also undertaken the duties of his team’s captain. According to media reports, Vela is one of just three players who have been designated, which entitles the club to pay him more than the allotted salary ceiling. Since moving to America, Vela has also ranked first in the league in goals scored.

Before LAFC’s 2-0 victory over New York Red Bulls, he explained his deal to ESPN, saying that it was only a matter of time.

“Until I claim a championship, I don’t want to leave. I’m hoping this year,” he had added.

Vela scored seven goals in 59 previous games for the Gunners. He signed a loan with Real Sociedad in La Liga back in 2011. He scored 12 goals in 37 games during the inaugural season. Real Sociedad signed him to a long-term contract for the upcoming campaign. He eventually played for them in 213 more games and scored 61 more goals.

The LAFC welcomed Vela in January 2018. He has currently appeared in 118 games for the MLS team and scored 73 goals. Vela had six goals and three assists in 15 games during the most recent MLS season.

Except for Vela’s contract extension, LAFC performed an outstanding job of securing the services of athletes like Bale and Chiellini. After his contract at Juventus expires, the Italian legend, according to reports, will go to Los Angeles. Bale, on the other hand, was a free agent when he joined.

According to reports, both of them will make their professional debuts on July 8 against the LA Galaxy, their rivals.