×
Newsyolo.com > Sports > Sports | A look at the legendary swimmer’s historic career as he turns 37: Michael Phelps 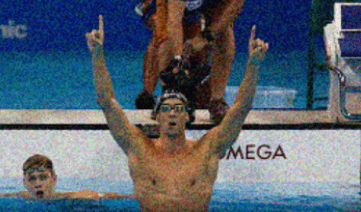 Sports | A look at the legendary swimmer’s historic career as he turns 37: Michael Phelps

With 28 medals in his collection from five Summer Games, American legend Michael Phelps is not only the greatest swimmer of all time but also the most decorated athlete in Olympic Games history. Phelps shocked everyone by earning a spot in the Sydney Games at the age of 15 in the 2000 Olympics. The fact that he qualified for the Summer Games at the age of 15 set a record in and of itself, even though he did not take home any medals in his debut.

After Ralph Flanagan in 1932, he then became the nation’s youngest male swimmer to be chosen for the Olympic swim team in 68 years. Phelps placed fifth in the 200-meter butterfly race.

Throughout his career, Phelps earned numerous records and honors. However, in addition to his achievement, his long career makes him the best swimmer of all time. Phelps began swimming when he was seven years old. He was born on June 30, 1985, in Baltimore, Maryland. After taking up swimming professionally, he won numerous contests across a range of age groups.

Additionally, Phelps was fortunate to practice with the legendary Bob Bowman from a very young age. The first person to notice Phelps’ swimming prowess was Bowman. Because of his substantial body, wide shoulders, and massive feet, many Olympic pundits feel Phelps is a natural swimmer.