×
Newsyolo.com > Sports > Sports | As their tie-up moves in the right direction, East Bengal and Emami work out their differences. 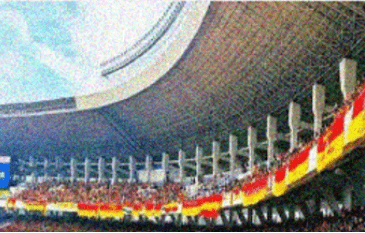 Sports | As their tie-up moves in the right direction, East Bengal and Emami work out their differences.

East Bengal and Emami Group are “jointly” drafting a final deal, breaking a month-long deadlock. Both sides declared on Wednesday that their merger was progressing as planned.

After the settlement between the two parties was reached on April 26 in the presence of West Bengal Chief Minister Mamata Banerjee, East Bengal club officials had brought up certain concerns with the accord.

The two parties met on Wednesday to examine the draught agreement as they raced against time to assemble the team for the upcoming Indian Super League season.

In a joint statement describing the discussion as “fruitful,” the two parties stated that they were “glad to tell that everything is on the correct track and will progress very quickly.”

Regarding the disagreements in the agreement, they stated: “While most of the concerns were already resolved between the parties, today’s meeting positively contributed to the resolution of the remaining problems.

The final draught of the agreement will now be collaboratively created by the attorneys for both parties and will be ready for execution as soon as possible. East Bengal Club and Emami will both work hard to quickly assemble a capable team.

The century-old team’s two ISL campaigns under the name “SC East Bengal” were a complete disaster. They placed ninth out of 11 teams in the ISL when they made their debut there in 2020–21, and they finished dead last the following year since their partnership with Shree Cement Ltd was cut short. Before SCL, Quess Corp had acquired a 70% share in East Bengal in 2018. However, the two parties’ relationship worsened, and it lasted for two years till the Bengaluru-based group split apart in June 2020.