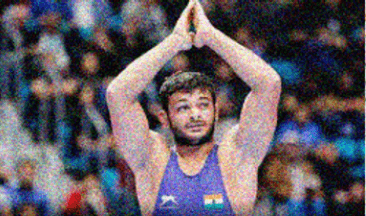 Sports | Bajrang Punia will accompany Deepak Punia to the US training camp.

Deepak Punia, a wrestler who competed in the Tokyo Olympics, will train alongside fellow countryman and bronze medalist Bajrang Punia at Michigan University in the United States in preparation for the Birmingham 2022 Commonwealth Games.

The two athletes will get financial support from the Union Sports Ministry’s Target Olympic Podium Scheme (TOPS) to cover their training, transport, daily expenses, and lodging at the camp at Michigan University, which is planned to last through July 30.

In a release, SAI stated that “Dr. Anand, Bajrang’s physiotherapist would also be attending to Deepak during the foreign camp.”

The training trip to the United States will be beneficial in preparing for the Commonwealth Games and other significant events like the World Championships in Oregon that will take place soon.

Both Bajrang and Deepak are currently awaiting UK visas, and they will soon leave for the USA, it continued.