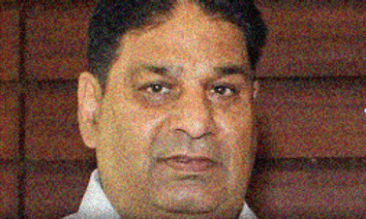 Sports | Gujarat Will Host the National Games from September to October 2022: IOA

The National Games, which have been repeatedly postponed for various reasons, will take place in Gujarat in September and October of this year, according to Rajiv Mehta, secretary-general of the Indian Olympic Association (IOA), who spoke to PTI on Wednesday.

The Gujarat Olympic Association and the state government jointly indicated their interest in hosting the Games, which prompted the IOA to make its decision.

Mehta told PTI, “The Gujarat government wrote to us stating it supports the state Olympic Association’s expression of interest to host the Games and we are glad to accept their proposal.

From September to October, the Games would be hosted in five or six Gujarati cities, including Ahmedabad. The precise dates will be revealed in a few days. We are pleased that the Games will take place after much delay, he continued.

Mehta claimed that because the IOA intended to stage the Games this year after numerous delays, the top brass chose in a “short time.”

“The top management has the authority to make decisions and afterward seek general IOA house approval for those decisions. In any event, we received email permission from numerous NSFs and state agencies.

In addition, a General Body Meeting will be called to confirm several significant decisions and the hosting of the National Games. We would request permission to call a GBM from the Delhi High Court and Supreme Court (where matters involving IOA are now pending),” Mehta added.

Kerala hosted the last National Games in 2015, while Goa was slated to hold the 36th one in November 2016. The Games were further postponed to 2020 after two delays in 2018 and 2019 resulting from the state’s inability to provide appropriate infrastructure.

The National Games were then delayed by COVID-19, and the Goa government was still unsure of its ability to organize them this year.

IOA has been informed by Goa that they will be unable to hold the National Games this year. So let Gujarat host the games; it will be beneficial for everyone. Gujarat appears to be capable, as evidenced by the state government’s support for the idea.

The National Games might then be held consecutively, as they were in Uttarakhand, Chhattisgarh, and Meghalaya.

He claimed that because Gujarat currently has top-notch facilities for many sports, the state can offer the necessary infrastructure to hold the National Games in such a short period.

We are confident that Gujarat can host the Games because the state currently has excellent facilities. The situation was resolved thanks to the state government’s strong support. Naturally, IOA teams will inspect the facilities.