×
Newsyolo.com > Sports > Sports | How Romelu Lukaku was compelled to leave Chelsea and join Inter Milan by a tweet 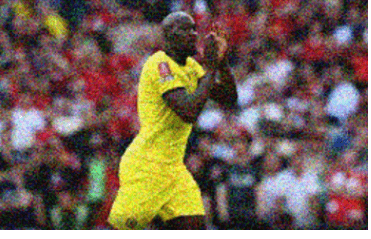 Romelu Lukaku, a Belgian striker, has returned to Inter Milan of Serie A after signing a season-long loan deal with Chelsea. The transfer has now become more intriguing as a result of an intriguing piece of information. It is believed that Lukaku was forced to choose his transfer as a result of a Chelsea New Year’s message.

On December 31, Chelsea’s official Twitter account published a visual image of one of their players. According to numerous media sources, Lukaku was incensed by the shot because he is hardly seen in it. “Happy New Year, Chelsea fans,” said the caption of the post.

Lukaku’s conversation with Sky Sports in December 2021 sparked a significant uproar. The 29-year-old striker had expressed during the interview his dissatisfaction with the scenario at Chelsea due to the manager’s decision to use a new system.

I feel great physically, better than before. I worked closely with trainers and nutritionists at Inter for two years in Italy, during which time I was in good physical shape. However, I’m not pleased with the circumstances; this is usual. I believe the coach has chosen to play with a different module; all I need to do is keep working and acting professionally and not give up. Despite my dissatisfaction, I must continue working since I am a worker, he remarked.

For £97.5 million, Lukaku has already signed with Chelsea before the 2021–22 campaign. In his most recent spell at Chelsea, it took him just 15 minutes to score his first goal. Chelsea defeated London rivals Arsenal 2-0 thanks to a goal from Lukaku.

Nevertheless, he did not have a particularly successful season, largely because he conflicted with head coach Thomas Tuchel. He scored 15 goals while donning the Chelsea jersey 44 times overall last season. After 26 games in the English Premier League, he had eight goals.

Lukaku wore the No. 9 jersey while playing for Inter, but it has now been confirmed that he will wear No. 90.

The Belgian has so far appeared in 95 games and scored 64 goals for Inter Milan. The Nerazzurri reportedly paid Chelsea an initial loan fee of £6.9 million. Additionally, he may be eligible for a £3.5 million incentive if he aids Inter in retaining their Serie A championship.