×
Newsyolo.com > Sports > Sports | Information on the FIH Women’s Hockey World Cup that You Should Know 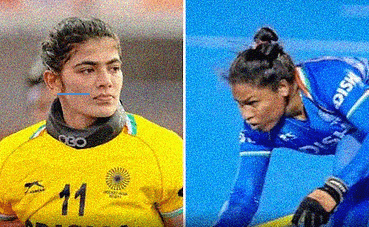 The FIH Women’s World Cup is now in its fifteenth season. In the tournament’s first match, Spain faced off against Canada. Spain and the Netherlands are hosting the quadrennial competition together. Since the Tokyo Olympics, this has been the first significant international women’s hockey competition.

The tournament will feature a total of 40 games between July 1 and July 17 at various locations. Up to 16 countries have qualified for the World Cup, and they are split into four pools, each of which has four teams. The top teams from each pool will advance directly to the quarterfinal stage following the group stage. The teams who finish in second and third place will then face off in a crossover game to determine the last four quarter-finalists.

At the Estadi Olimpic de Teressa stadium, Spain thrashed Canada 4-1 in the tournament’s opening game of Pool C. India, which is rated eighth in the FIH world rankings, will face England in the Pool B opener on Sunday, July 3.

Here is all the information you need to know about the FIH Women’s World Cup before it begins:

Spain and the Netherlands are sharing hosting duties for the FIH Women’s World Cup.

POOL A: Germany, Chile, the Netherlands, and Ireland

China, India, England, and New Zealand are in Pool B.

Match for Third Place on July 17

The Star Sports Network in India will carry live coverage of the FIH Women’s World Cup.

The Disney+Hotsar app and website will stream the FIH Women’s World Cup live.

Savita Punia (C) and Bichu Devi Kharibam are the goalkeepers.