×
Newsyolo.com > Sports > Sports | Jeswin Aldrin, a long jumper, is summoned by AFI for a trial after being rejected from the World Cha 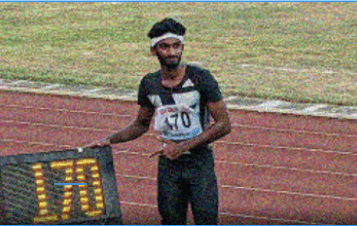 Sports | Jeswin Aldrin, a long jumper, is summoned by AFI for a trial after being rejected from the World Cha

Jeswin Aldrin, a long jumper who was not selected for the Indian team to compete in the World Championships next month, will have another opportunity to take part in the competition because the Athletics Federation of India called him for a trial on July 4.

Aldrin wasn’t included in the 22-person Indian team since his results in the last three AFI-run competitions had declined. However, the AFI announced on Friday that Aldrin will be given a chance.

The chief national coach Radhakrishnan Nair writes to Aldrin, “Your performance should be near to 8.10m only then will you be considered for selection for the World Championships (in Oregon, USA, starting July 15).

Therefore, it is recommended that you arrive at NIS Patiala on July 4, 2022, for the selection trial.