×
Newsyolo.com > Sports > Sports | Lewis Hamilton takes off his nose stud ahead of practice at Silverstone for the British Grand Prix. 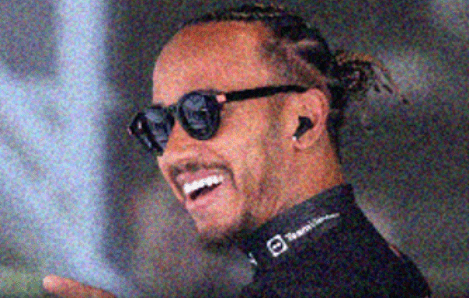 Sports | Lewis Hamilton takes off his nose stud ahead of practice at Silverstone for the British Grand Prix.

Lewis Hamilton, a seven-time world champion, removed a nose stud before participating in Friday’s practice for the British Grand Prix at Silverstone after a dispute with the organization that oversees Formula One.

The Mercedes driver complied with the rules, and the stud had been removed, according to an FIA spokeswoman.

Hamilton has said he is unable to remove some of his body piercings on his own. He also has piercings in his ears and other places.

The 37-year-old was in a standoff with the FIA in May after drivers were informed that it was unsafe for them to wear jewelry in the cockpit, but they were given a break until Silverstone.

The most successful driver in the history of the sport had told reporters on Thursday that it was “kind of crazy to believe that with all that’s going on in the world that is the attention of people.”

The FIA cracked down this season after seldom enforcing the rules in the past about the wearing of non-compliant underwear and jewelry.

It warns that clothing beneath the essential flameproof clothing may increase the risk of burn injuries and emphasizes the possibility of serious delays or difficulties if medical imaging is necessary after an accident.