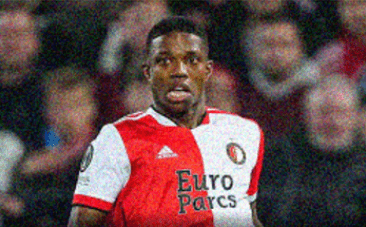 Finally, Manchester United is prepared to complete its first acquisition in the ongoing transfer market. Tyrell Malacia has been agreed upon by the Red Devils and Dutch club Feyenoord. Officials from Manchester United are hopeful of finding a buyer for the left-back.

According to reports, the package will cost an initial sum of about £13 million plus an additional £1.7 million in add-ons. A sell-on clause is also anticipated to be part of the agreement. Given the circumstances

es, it appears like Manchester United won’t have too much trouble signing the 22-year-old defender.

In their pursuit of Malacia, the Red Devils were successful in defeating Lyon of France’s national team to complete the deal. Feyenoord has acknowledged that a charge was decided upon.

Erik ten Hag, the freshly appointed head coach of Manchester United, had already performed a thorough evaluation of Malacia. Malacia has made 137 appearances for Feyenoord and scored four goals. He played 32 games in the final Dutch league season, recording four assists and one goal. At the age of 18, he earned his first-team debut for the Dutch football team back in 2017.

Dutch midfielder Frenkie de Jong of Barcelona is also in discussions with Manchester United. According to Sky Sports, negotiations for the 25-year-old midfielder’s first £56 million agreement are now moving along rather nicely.

The first preseason friendly between Manchester United and Liverpool is scheduled for July 12. Ten Hag took charge of his training session on Monday.