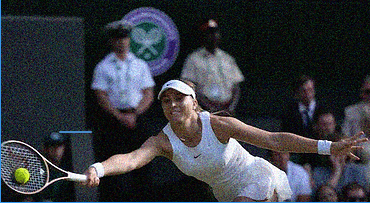 The Spaniard, who reached the same stage at the grasscourt Grand Slam in 2021, will next face Romanian Simona Halep, the final remaining former Wimbledon champion in the women’s bracket, for a spot in the quarterfinals.

Petra is a champion, and for me, playing Petra on grass is one of the hardest challenges there is. “Today, it was already a pleasure to play against her, and you have no idea how I feel after this victory. It’s unbelievable to me.

“I recall coming here in 2014 to play juniors, and one of the first matches I watched was Petra winning Wimbledon on Centre Court. So you can imagine how special it is for me to play against a legend like her on Centre Court for the first time. She has served as an example for me professionally.

With a victory over Halep, Badosa would match her best Grand Slam showing from 2021, when she advanced to the quarterfinals at Roland Garros.

Badosa entered the match on Saturday having lost her sole prior encounter with 25th seed Petra Kvitova and going winless in all six of her prior encounters on grass courts.

The 2011 and 2014 champion of the grasscourt major, Kvitova controlled the opening stages of play, gaining a 5-3 lead over the 24-year-old Spaniard and serving for the first set at 5-4.

However, Badosa was able to step up her game, and she rallied to win four straight games to win the set as the Czech’s unforced errors began to mount.