×
Newsyolo.com > Sports > Sports | PV Sindhu and HS Prannoy win at the Malaysian Open, while Parupalli Kashyap loses in the second round 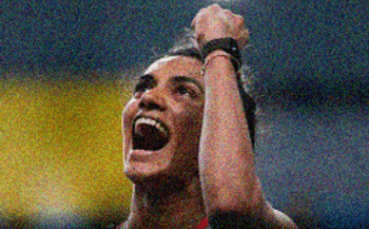 Sports | PV Sindhu and HS Prannoy win at the Malaysian Open, while Parupalli Kashyap loses in the second round

The top men’s doubles team in the nation, Satwiksairaj Rankireddy and Chirag Shetty withdrew from the competition due to an injury, and P. Kashyap and women’s doubles player Srivedya Gurazada each lost their respective matches in the second round. Sindhu and Prannoy won their matches in different ways.

Chaiwan Phittayaporn of Thailand was defeated by Sindhu after the first game ended in a loss by scores of 19-21, 21-9, and 21-14. In the quarterfinals, the seventh seed will play the second-seeded Tai Tzu Ying.

In the meantime, Chou Tien Chen ranked No. 4 in the world, was defeated by Prannoy in the men’s singles match in straight games, 21-15, 21-7. He will then take on Indonesia’s Jonatan Christie, the seventh seed.

The Malaysian team of Sze Fei Goh and Nur Izzuddin received a walkover from the men’s doubles team of Rankireddy and Shetty.

Rankireddy tore a muscle in his abdomen, and even though he felt better on Thursday, it wasn’t enough for him to play. His trainers and physiotherapists encouraged him to drop out of the competition because the Commonwealth Games are less than a month away.

On Thursday, Srivedya Gurazada and Ishika Jaiswal of the United States were defeated by Feb by Valencia Dwijayanti Gani and Ribka Sugiarto of Indonesia 12-21, 8-21.