×
Newsyolo.com > Sports > Sports | Richarlison was “signed” by us from Everton to Tottenham, and he made Kane and Son even better. 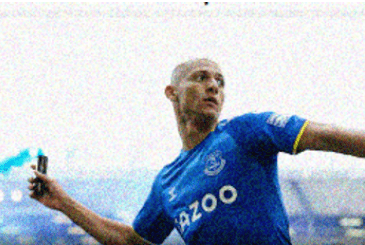 Sports | Richarlison was “signed” by us from Everton to Tottenham, and he made Kane and Son even better.

According to speculations in the British media on Thursday, Richarlison would be acquired by Tottenham from Everton in a move that might ultimately cost up to £60 million ($73 million).

According to The Athletic, a £50 million base fee and an additional £10 million in add-ons have been agreed upon for the Brazilian international.

Richarlison moved from Watford to Everton in 2018 for a fee of £50 million.

The 25-year-old scored six goals in his final nine games of the previous season to keep the Merseyside club in the Premier League. He finished the season with 53 goals in 152 games for the Toffees.

The BBC and Sky Sports report that Everton must complete the transfer by Thursday to assist balance the books before their fiscal year ends on June 30.

Over the past three years, Everton has lost £372 million.

According to reports, Leeds and the recently relegated Burnley have questioned Everton’s Financial Fair Play compliance in letters to the Premier League.

Clubs are allowed to lose up to £105 million in the Premier League, but those rules have been loosened as a result of the coronavirus outbreak.

Richarlison’s move to Spurs satisfies his ambition for Champions League football, but he faces tough competition to play frequently because Son Heung-min and Harry Kane are filling the places he frequently played for Everton.