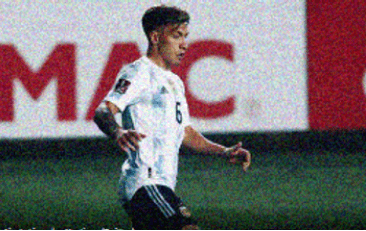 As they near two major targets, Manchester United have now shifted their attention to hiring Ajax defender Lisandro Martinez. United reportedly made offers for two players in a single day while attempting to close the third deal, according to reports.

The Red Devils appeared to be struggling to complete deals during the current transfer window as they looked to provide new coach Erik Ten Hag with the necessary firepower to be successful in the forthcoming season.

However, according to Sky Sports, Manchester United and Barcelona have achieved a “broad understanding” about the potential transfer of midfielder Frenkie de Jong. United has made a first-round proposal of £65 million to Barcelona for the Dutch international.

A few hours later, it emerged that Manchester United is attempting to sabotage Tyrell Malacia’s transfer from Feyenoord to Lyon, with the director of the Dutch club claiming that a transfer to United is “imminent.” While personal terms are still being discussed with the player, the amount has not yet been announced and the agreement with Feyenoord appears to be finalized.

Martinez is the subject of a £40 million bid from United, according to the Argentine outlet “Tyc Sports.” The Ajax center defense has been a target for the Red Devils, who want to capture him as a long-term addition to their backline.

According to The Athletic, Arsenal has raised its £40 million asking price for the 24-year-old to be more in line with Ajax’s £50 million asking price. It’s unclear at this time whether Ajax has responded to the offer, but rumor has it that they are reluctant to lose the Argentine international for anything less than £50 million.

The defender, who stands at just 5 feet 9 inches tall, is renowned for his strength, endurance, and aerial prowess. He can be a great leader and has proven his mettle in the Dutch League. The 24-year-old is a tough defender who won’t back down from a challenge.

If United is successful in bringing Martinez and Malacia to Old Trafford, the options for the left side of the defense will be abundant. With the new reinforcements, Captain Harry Maguire and Luke Shaw will have fierce competition.