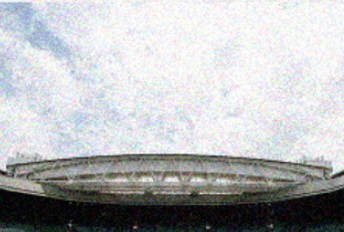 Wimbledon is establishing a new tradition of playing on the third Sunday of the tournament as it prepares to commemorate 100 years of its iconic Centre Court, which was dubbed a “white elephant” when it first opened.

Former Wimbledon champions will take part in the event, which will reflect on memorable matches and moments.

A descendent of Leslie Godfrey, the player who struck the opening ball on Center Court, will be in the royal box, according to Alexandra Willis, director of communications and marketing for Wimbledon.

When it was first opened in 1922, the court, which holds the men’s and women’s championships every year, was not well received.

Willis stated on Friday, “It was called this white elephant. How could the club possibly fill it?

“How could tennis possibly become so well-liked that you would accept such a large number of guests?

And this great stadium has been there for 100 years at this point. It has grown to be one of the sports’ most recognizable monuments.

With a seating capacity of around 15,000, the grass-court stadium combines traditional and modern elements, including a retractable roof that enables play to continue in the rain.

Following the All England Club’s acquisition of the nearby Wimbledon Park Golf Club, where a new show court will be situated, the Wimbledon property is slated for expansion over the upcoming years.

Willis said that the emphasis of the celebrations on Sunday was on both looking back and looking forward, with schoolchildren being invited to envision what Centre Court would look like in 100 years.

She referred to “this notion of it being a witness to history.” “If you consider how much change has taken place.

“Boris Becker and Steffi Graf winning Wimbledon in 1989, the year the Berlin Wall came down, and what that achieved for the civil rights movement because Althea Gibson was the first black person to win Wimbledon (in 1957).”

On Sunday, more than 14,000 members of the local community have been invited to Wimbledon, where there will also be about 1,000 Ukrainian, 500 Afghan, and 500 Syrian refugees.

Willis expressed hope that the event would have a lovely, festive mood.