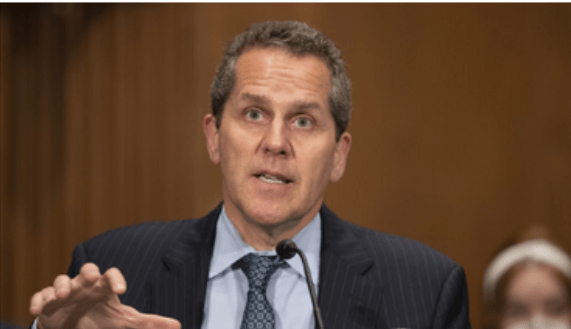 Michael Barr, a consumer champion, was approved by the Senate on Wednesday for the top regulatory position at the Federal Reserve. He is anticipated to bring a harder approach to the country’s megabanks while also being open to new financial technology.

Since October, the board of the Federal Reserve in Washington has been without a point person for bank regulation at a time when the financial system is particularly vulnerable as lenders contend with skyrocketing inflation, rising interest rates, and disruption brought on by the conflict in Ukraine.

Because of her prior support for the central bank’s involvement in climate change concerns, President Joe Biden’s first pick for the position, Sarah Bloom Raskin, had her nomination crash and burn.

A former Treasury Department official who helped draught financial safeguards approved by Congress in the wake of the 2008 Wall Street disaster will now hold the position after being confirmed in a strong bipartisan vote. For the first time since 2013, all seven seats on the Federal Reserve Board are filled.

Barr will undertake his new position as authorities debate whether to make it more difficult for banks to merge and develop, how bankers should prepare for the effects of climate change, and what position they should take in the volatile cryptocurrency markets. Additionally, he will be able to vote on interest rates as the central bank wages an aggressive campaign against the inflationary wave.