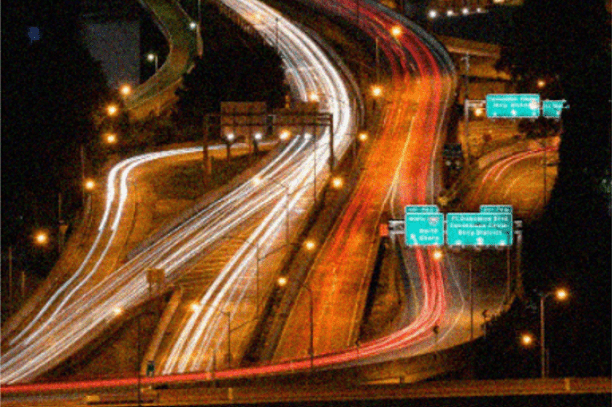 During the first two years of the pandemic, the number of people working from home tripled, home values increased, and the proportion of people spending more than a third of their income on rent increased.

According to survey results released Thursday by the U.S. Census Bureau, the number of people working from home in the United States tripled during the first two years of the pandemic, home values increased, and the percentage of people spending more than a third of their income on rent increased.

The bureau’s American Community Survey 1-year estimates for 2021 provided the most detailed data to date on how life changed in the United States under COVID-19, revealing that the share of unmarried couples living together increased, Americans became more wired, and the percentage of people who identify as multiracial increased significantly. Fewer people moved, preschool enrollment dropped, and commuters using public transportation was cut in half, changes that seemed to directly reflect how the pandemic upended people’s choices.

The data release provides the first reliable picture of life in the United States during the COVID-19 era, as 1-year estimates from the 2020 survey were deemed unusable due to difficulties in getting people to respond during the early months of the pandemic. This created a one-year data gap at a time when the pandemic was forcing major changes in people’s lives.

Every year, the survey relies on responses from 3.5 million households to generate 11 billion estimates about commuting times, internet access, family life, income, education levels, disabilities, military service, and employment. The estimates help to inform how hundreds of billions of dollars in federal spending are distributed.

From 2020 to 2021, response rates increased significantly, “so we are confident about the data for this year,” said Mark Asiala, the survey’s chief of statistical design.

While the percentage of married-couple households has remained stable at around 47% over the last two years, the percentage of households with unwed couples cohabiting has risen to 7.2% in 2021 from 6.6% in 2019. Contrary to popular perceptions of multigenerational families moving in together during the pandemic, the average household size shrank from 2.6 to 2.5 people.

People stayed put as well. More than 87% of those polled said they were living in the same house a year ago in 2021, up from 86% in 2019. As people became more reliant on remote learning and working from home, America became more wired. Households with a computer increased from 92.9% in 2019 to 95% in 2021, while internet subscription services increased from 86% to 90%.

The increase in people identifying as multiracial — from 3.4% in 2019 to 12.6% in 2021 — and the decrease in people identifying as white alone — from 72% to 61.2% — corresponded with changes in Census Bureau coding for race and Hispanic origin responses. These changes were made in order to capture more detailed write-in responses from participants. The time between surveys also coincided with social justice protests in the aftermath of the death of George Floyd, a Black man, by a white Minneapolis police officer in 2020, as well as attacks on Asian Americans. According to experts, this is likely to have led some multiracial people who previously identified as a single race to embrace their entire heritage.

“The pattern indicates a shift in self-identity.” This is not a new phenomenon “Paul Ong, emeritus professor of urban planning and Asian American studies at UCLA, agreed. “Other research has shown that racial or ethnic identity can change over time.” For many, it is situational and contextual. This is especially true for people of mixed racial origin.”

The estimates depict the pandemic-related impact of closed theatres, closed theme parks, and restaurants with limited seating on employees in the arts, entertainment, and lodging industries. Their share of the workforce fell from 9.7% to 8.2%, while other industries remained relatively stable. The proportion of self-employed people increased from 5.8% to 6.1%.

“The lack of housing that people can afford relative to their wages is a growing crisis,” said Allison Plyer, chief demographer at The Data Center in New Orleans.

Commute times to work decreased from 27.6 minutes to 25.6 minutes, while the percentage of people working from home during return-to-office starts and stops increased from 5.7% in 2019 to nearly 18% in 2021. The District of Columbia had the highest rate of workers working from home, nearly half, while Mississippi had the lowest rate, 6.3%. Over the course of two years, the percentage of workers who used public transportation to get to work fell from 5% to 2.5%, as fears of contracting the virus on buses and subways grew.

“Because work and commuting are central to American life, widespread adoption of working from home is a defining feature of the COVID-19 pandemic,” said Census Bureau statistician Michael Burrows. “With the number of people working primarily from home tripling in just two years, the pandemic has had a significant impact on the commuting landscape in the United States.”