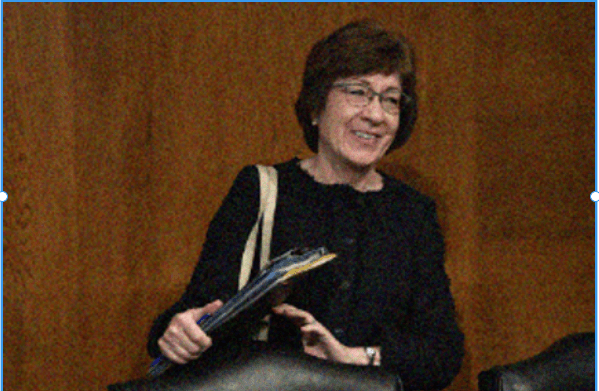 A formal statement has been put off by the senator for months.

Sen. Susan Collins of Maine declared her intention to run for reelection on Wednesday. She plans to pursue a fifth term, which would likely be the most challenging election of her career.

For months, Collins has been fundraising and running television advertising in the manner of a reelection bid, but she has postponed making any official declaration, fueling a lot of rumors about her plans. On Wednesday, she outlined her plans in a letter to her supporters.

“When considering my choice, I had to ask myself this fundamental question: Is there still a place for a centrist who values cooperation, collegiality, and bipartisanship in today’s heated political environment? Collins wrote in the letter, ” I shall thus pursue the honor of continuing to represent Maine as a United States Senator because I have concluded that the answer to this issue is “yes.”

Collins’ statement is a huge win for Republicans because Maine is a crucial state for the GOP’s Senate majority. If Collins had chosen to resign, it would have been very challenging for the party to hold the seat. Currently, Republicans hold a 53-47 advantage.

Democrats claim that Collins has lost her credibility as a bipartisan figure in recent years and plan to present her with the most challenging situation of her career. They’re likely to put forward state House Speaker Sara Gideon, who faces a primary but is the front-runner in fundraising and has the support of numerous Maine Democrats as well as the Democratic Senatorial Campaign Committee.

In a statement made public after Collins’ declaration, Gideon stated, “Sen. Collins could have been different from other individuals in Washington when she joined office 22 years ago, but it doesn’t appear that way today.” Sen. Collins now appears more committed to servicing the special interests who support her campaigns than the Mainers who chose her as their representative.

Collins, Gideon, and a few outside organizations have already spent more than $7 million on TV, radio, and digital advertisements for the contest, which is expected to be the most costly in Maine history.