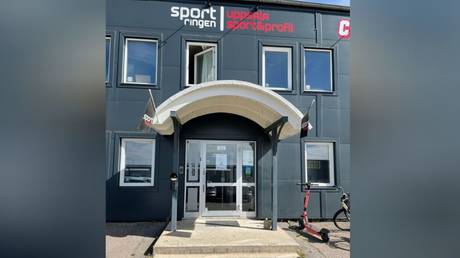 Swedish authorities believe that Russians are responsible for a large-scale theft of ice hockey equipment.

A store in Uppsala had equipment worth approximately $150,000 stolen from it.

According to local media, Swedish police believe that Russians were involved in the massive theft of ice hockey equipment from an Uppsala store earlier this month.

Between November 5 and 6, hockey equipment valued at about 1.6 million kronor ($150,000)—including what owner Mats Loov called “the best [equipment] we’ve got”—was stolen from the “Sportringen” store.

“It hurts awfully. After selecting the best sticks, they continued their journey. What’s missing are heaps of top skates. According to Expressen, Loov stated, “We only have a few left.”

According to the Swedish news outlet, police believe the theft was a “commissioned job from Russia” because several prestigious brands have stopped supplying the nation due to the conflict in Ukraine.

100 pairs of skates and about 400 sticks from Canadian brands Bauer and CCM are reportedly among the stolen goods.

If we serve as a pantry for them, it hurts. They can probably pay well for what we’ve lost given the dearth of hockey products they have, continued Loov.

“The suppliers have gone out to their dealers and explained that such thefts may take place shortly,” local police press officer Jonas Eronen continued. Although nothing has been confirmed, the initial investigation contains information about this.

Due to Moscow’s military operation in Ukraine, the International Ice Hockey Federation (IIHF) was one of the organizations to forbid Russian and Belarusian teams from participating in any of its tournaments.