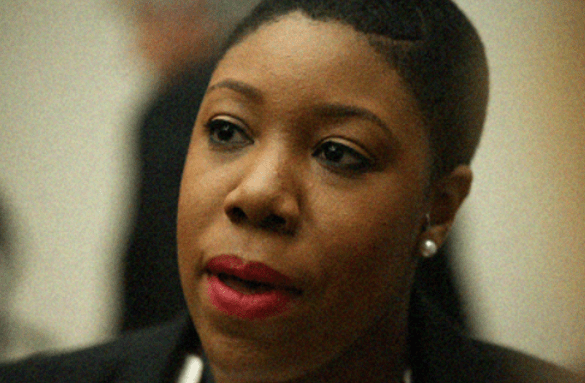 Trump is criticized by Symone Sanders for suggesting that coronavirus tests be slowed down.

On “Fox News Sunday,” Sanders criticized Trump for saying at the Tulsa rally that he ordered the administration to pause coronavirus tests to prevent the appearance of a spreading outbreak. She also criticized Trump for organizing a gathering in a small, enclosed area, which created conditions that medical professionals say are particularly conducive to the spread of the disease.

Sanders told host Chris Wallace, “The most damning thing from that rally last night was, in fact, the president’s admission that he quote unquote directed his personnel to slow down the testing.” This disgusting attempt to lower the numbers only serves to improve their appearance.

Later, the White House informed NBC News and Reuters that Trump’s comment was made in jest. Sanders scowled at the assertion and didn’t seem persuaded.

In addition, Sanders spoke up for the demonstrators who have taken to the country’s streets in the weeks following the murder of George Floyd. Trump’s friends have criticized the protesters and their supporters for forming sizable crowds, while the president’s followers have come under fire for congregating for his speech in Oklahoma.

Sanders argued that Trump was disobeying his own administration’s health guidelines for political reasons while the demonstrators were just using their right as citizens to call for an end to police brutality.

No two standards are being applied here. The right to demonstrate in America, according to Sanders.

Sanders stated, “The president needs to be the leader.” And President Trump has repeatedly shown that he is unable to do so, in every meaning of the word.

Sanders also emphasized how Biden has conducted his campaign while adhering to CDC recommendations for preventing the spread of the coronavirus. She referenced interviews with regional media outlets and online political activities.

Trump held his first rally on Saturday after a three-month break due to the coronavirus outbreak.