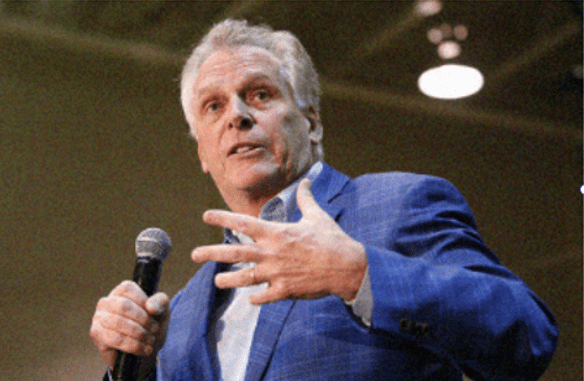 Three Black Democratic candidates were up for election, but the outgoing governor chose his successor.

Out of a historically diverse field of candidates, Virginia Governor Ralph Northam on Thursday backed Terry McAuliffe in the state’s Democratic gubernatorial primary.

Even though Virginia has spent the past year dealing with the worst pandemic of our lives, Northam stated in a statement, “I am very pleased with the work we have done to turn the corner and bring Virginia into recovery.” However, the pandemic’s long-term effects will persist long after I leave office, so our next governor must have the strategies and expertise to carry on the fight to rebuild Virginia and move it toward a stronger, more egalitarian future. the reason I am so

McAuliffe, who was elected governor in 2013, formerly presided over the Democratic National Committee from 2001 to 2005, serving a single term. He served as co-chair of former Democratic presidential nominee Hillary Clinton’s first White House campaign in 2008 and is a well-known Democratic Party fundraiser and ally of the Clinton family.

While McAuliffe is the front-runner in the June 8 primary, Northam is prohibited by the state constitution from running for a second consecutive term in office. McAuliffe is vying to become the first Virginia governor to hold a second term in nearly fifty years.

Jennifer Carroll Foy, a former state delegate, and Jennifer McClellan, a state senator, both of whom, if elected, would become Virginia’s first female governor and the nation’s first Black female governor, respectively, chose not to support McAuliffe.

Additionally, Northam chose McAuliffe over Lt. Gov. Justin Fairfax, his deputy in Richmond, who is still contesting sexual assault claims filed against him in 2019—the same year Northam was implicated in a blackface incident. In response to the incident, many national Democrats demanded that Northam step down, including McAuliffe.

The announcement of Northam’s endorsement was originally made by the Associated Press. On Thursday, Northam and McAuliffe are expected to make joint appearances at two political rallies in Norfolk and Alexandria.

In a party-run “firehouse primary” on May 8, Republicans will choose their nominee. The state GOP will set up about thirty voting locations on a Saturday for preregistered voters to cast their ballots.