×
Newsyolo.com > Uncategorized > The 21 Films Competing This Year at Cannes 2022 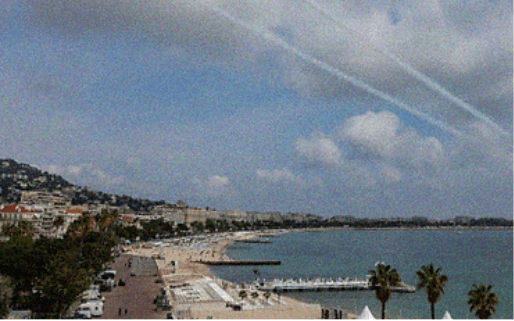 The 21 Films Competing This Year at Cannes 2022

The winners will be revealed on May 28 during the closing ceremony.

There are 21 films in contention at the Cannes Film Festival this year, including cult favorites and films from four previous Palme d’Or winners. The festival begins on Tuesday, and on May 28, during the closing ceremony, the winners will be revealed.

With a story starring Viggo Mortensen, Lea Seydoux, and Kristen Stewart about people indulging in horrific surgical changes for artistic and sexual pleasure, the terrifying genius behind The Fly and Crash returns to his body horror roots. The buckets are prepared.

Ruben Ostlund, the king of cringe, attacked contemporary bourgeois pleasantries in 2017 with his Palme d’Or-winning film “The Square.” In a similar spirit, his most recent novel places a bunch of millionaires on a desert island with two models and a housekeeper.

Kirill Serebrennikov, the enfant terrible of Russian theatre and film, angered authorities with his scathing criticism of traditional values and was prevented from attending Cannes for two previous nominations. He should be there for his historical account of the renowned composer even though he is currently exiled.

The End of Time

James Gray is known for his large-scale dramas, such as the Brad Pitt-starring space odyssey “Ad Astra” and the Amazon adventure “The Lost City of Z.” This movie, starring Anne Hathaway and Anthony Hopkins, is based on his upbringing in the 1980s New York and a school run by Donald Trump’s father.

Hirokazu Kore-Eda of Japan won the Palme d’Or in 2018 for his exquisite and heartfelt family drama “Shoplifters.” This film, which stars Song Kang-ho from “Parasite,” is about individuals leaving children in “baby boxes” to be cared for by other families.

Park Chan-spooky’s thriller “Old Boy,” which placed second in the 2004 Grand Prix, became a worldwide sensation. This time, the South Korean filmmaker adds his distinct aesthetic to the well-known cliché of a detective falling in love with the main suspect in a homicide case.

With her mini-masterpieces on life on the periphery of American cultures, such as the 2019 sleeper smash “First Cow,” Kelly Reichardt has steadily developed a cult audience. For a self-reflective look at a small-town artist attempting to overcome distractions, she reunites with her favorite muse, Michelle Williams.

Belgian brothers Jean-Pierre and Luc Dardenne are among a select group of filmmakers to have twice taken home the Palme d’Or for their straightforward yet heartbreaking slice-of-life dramas. Their most recent book chronicles the friendship of two young African refugees in Belgium.

Claire Denis, one of France’s most celebrated directors, is having a busy year after taking home this year’s Berlinale’s directing award. Robert Pattinson stars in her Cannes entry, a political thriller set in Central America.

For his depressing yet essential abortion film, “4 Months, 3 Weeks and 2 Days,” Romanian filmmaker Cristian Mungiu won the Palme d’Or in 2007. In this one, political and racial conflicts in a secluded Transylvanian community are examined.

With his first film, “Girl,” about a trans ballet dancer, Belgian filmmaker Lukas Dhont won the Camera d’Or newcomer prize in 2018. Here, he discusses the tragedy that separated these two teenagers.

Swedish director Tarik Saleh has made a risky move on struggles for control at the Al-Azhar University in Egypt, the foremost institution of Sunni Islam.

The Danish-Iranian filmmaker Ali Abbasi, whose 2018 film Border won the Un Certain Regard section, travels to Mashhad, a holy city in Iran, where a family man wants to clean the streets of prostitutes.

The film is directed by French-Italian Valeria Bruni Tedeschi and tells the story of love, life, and tragedy in a Parisian theatre group during the AIDS epidemic of the 1980s.

Arnaud Desplechin, a seasoned Cannes director, stars in a drama starring Marion Cotillard about estranged siblings who are pulled back together by the loss of their parents.

With his sharply written cop thriller “Just 6.5,” Iranian filmmaker Saeed Roustaee made a mark last year. His most recent movie explores a family’s financial difficulties in a nation under international sanctions.

This essay on animal cruelty, by 84-year-old Polish director Jerzy Skolimowski, who debuted in competition at Cannes in 1972, follows a donkey from the circus to the slaughterhouse.

From the 1980s to the present, France’s Leonor Serraille follows a Senegalese woman as she strives to build a life for her family in the Paris suburbs.

Felix Van Groeningen and Charlotte Vandermeersch, a husband and wife team from Belgium, tell the tale of two boys who have been friends for life and their rural home.