×
Newsyolo.com > Political > The break up | Booker criticises Warren for her plan to split up the tech industry 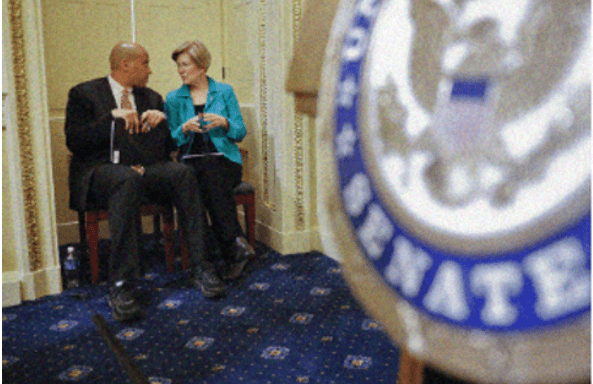 for the breakup of some of the nation’s most influential technological businesses. Cory Booker slammed the suggestion as unworthy of a president and sounded “more like a Donald Trump thing to say.”

The New Jersey Democrat lamented the “very bad impacts” of “business consolidation” in America and vowed, if elected president, to push for Justice Department probes and antitrust laws to curtail monopolies in an interview with ABC’s Jonathan Karl that aired on “This Week” on Sunday.

But Booker said he disagreed with Warren’s (D-Mass.) proposal to split up massive internet companies like Amazon, Facebook, and Google to “level the playing field” because she has accused them of unfair competition and “eating up” startups.

A president shouldn’t, in Booker’s opinion, go around pointing at businesses and threatening to dissolve them without following some type of procedure.

“It’s not me and my particular viewpoint on pursuing people. I’m going to break up with you guys seems more like something Donald Trump would say.

Warren was referred to as “my friend” by Booker, who said he wasn’t equating her with Trump. “I’m telling you right now: We do not need a president who is going to utilize their ideas and tell you which firms we should break up,” he continued.

Sen. Kamala Harris (D-Calif.), a different Democratic presidential candidate, also commented on Sunday’s tech industry domination, saying that Facebook “has prioritized corporate development over the best interests of its consumers, especially on the subject of privacy.”

Harris responded when asked if the social networking giant should be split up: “I think we have to carefully look at it.”