×
Newsyolo.com > entertainment > The death of the queen | The Archers commemorates the Queen’s passing. 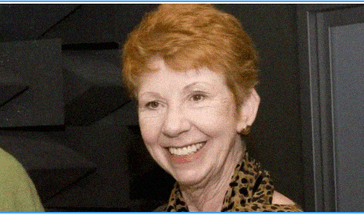 The death of the queen | The Archers commemorates the Queen’s passing.

In a specially filmed scene at the beginning of Sunday’s program, characters on The Archers remembered Queen Elizabeth II and her life.

Two of the longest-running characters in the Radio 4 drama, Lynda Snell and Lilian Bellamy, were overheard discussing the Queen’s nearly 70-year reign.

The Queen was described by Lillian as being “steady as a rock.”

The Queen came to the throne in 1953, but The Archers have been heard on BBC radio since 1951.

“The Queen has always been present when you consider our lives since then and everything that has happened to us. She’s simply consistently present “Lynda said.

Rock solid,” Lillian retorted. Without her, I believe it will be strange.

Without her, it will be extremely different, Lynda said.

The two also talked about a book of condolences that was set up in Ambridge, the show’s fictional west Midlands town.

Actress Carole Boyd’s portrayal of Lynda says, “I battled to find the perfect words to write. I finally settled on: “My dear Ma’am. Peace be with you. You were an example.”

Do you believe that was sufficient, she questioned. Lilian, represented by Sunny Ormonde, answered, “Yes, I think it was great.”

The longest-running drama series in the world has twice seen cameo appearances by members of the British royal family. In 1984, Princess Margaret appeared on it; in 2011, the then-Duchess of Cornwall, who is now the Queen Consort, did.

In the meantime, after several days of rolling news coverage, the Royal Family’s favorite soap operas EastEnders and Coronation Street will also return to television on Monday night.

It is unknown at this moment if they will have included homage scenes to the late Queen, who once visited the filming locations of both soap operas.

She first set foot on Coronation Street’s cobblestones in 1982 and returned last year. While there, she was given a tour of