×
Newsyolo.com > Business > The plan to cap the price of Russian oil is mocked by the former US Treasury Secretary 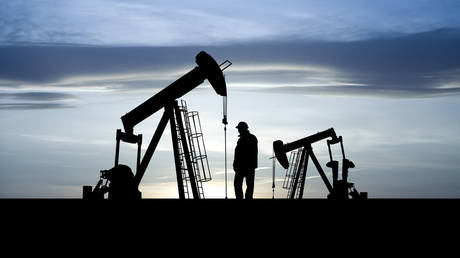 According to Steven Mnuchin, the G7’s plan to isolate Russia could hurt the energy market.

In an interview with CNBC, former US Treasury Secretary Steven Mnuchin criticized the Group of Seven (G7) proposal to cap the price of Russian oil.

The regulation, which is scheduled to go into effect at the beginning of next month, is “not only not feasible, I think it’s the most ridiculous idea I’ve ever heard,” according to Mnuchin.

The market will determine the price, according to the former official. In this sense, imposing sanctions at higher costs only serve to worsen the situation.

The G7 nations—the United States, Canada, the United Kingdom, Germany, France, Italy, and Japan—had previously decided to set a fixed price cap on Russian oil. The rule becomes operative on December 5. Although the exact price has not yet been determined, reports suggest that it will be set at about $60 per barrel. Brent crude, the international oil benchmark, is currently trading at about $86 per barrel.

According to the strategy, Western businesses will be prohibited from performing specific services for shipments of Russian oil that are bought at a price higher than the cap. The list of offerings also includes payment facilitation and insurance. The mechanism, which Washington had proposed, aims to restrict Russia’s energy export revenues, which, according to the West, Moscow uses to finance its military operation in Ukraine.

According to analysts, the G7 would need to ensure that these nations sign up for the program in order for the price cap to have the desired impact. However, Russian government representatives have stated on numerous occasions that the country will not sell oil to customers who accept the price cap, which may deter some people from taking part in the mechanism.

For instance, India recently stated that it will purchase oil “from wherever” to maintain the country’s energy security because it sees no “moral conflict” with doing so.