×
Newsyolo.com > Business > The UK was forced to ration eggs. 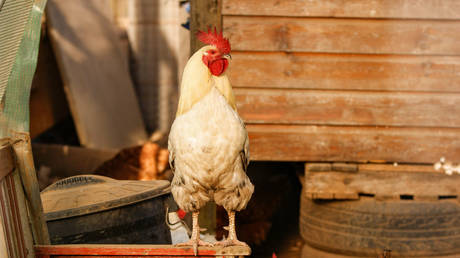 The UK was forced to ration eggs.

Due to supply issues, some British supermarkets have limited sales.

According to local media on Thursday, the most recent bird flu outbreak and rising production costs have forced food retailers across the UK to ration eggs.

Asda, a British supermarket chain, has announced that customers will only be able to buy two boxes of eggs until further notice, while Lidl, a UK-based German retailer, has set a limit of three boxes.

Even full English breakfasts without eggs are now being served in some of the UK and Irish pub chain Wetherspoons’ locations.

The British Retail Consortium (BRC), an industry group, told the BBC that some retailers had put “temporary limits” on how many eggs customers could purchase “to ensure availability for everyone.”

According to the British Free Range Egg Producers Association (BFREPA), which was cited by the Huffington Post, the nation’s poultry farmers are dealing with rising costs and an avian flu outbreak that could result in a severe shortage during the holiday season.

While this is going on, some producers have frequently argued that supermarket prices do not adequately account for the skyrocketing costs of feed and energy, which force them to cut back on production or close down farms.

Since Russia, one of the world’s major producers of cereals, was hit with sanctions, farmers are now also having trouble getting their hands on grain.