×
Newsyolo.com > Business > Threats in business | Threat of recession in France, according to S&P 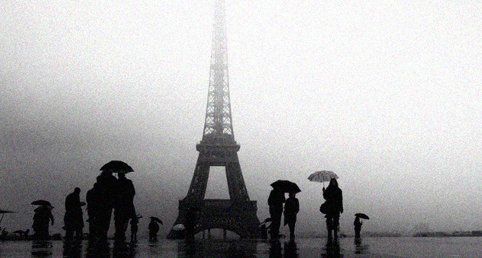 Threats in business | Threat of recession in France, according to S&P

Data show that the second-largest economy in the EU is contracting.

According to figures from S&P Global cited by Bloomberg on Tuesday, France’s economic output is dropping for the first time in more than a year and a half, echoing the pattern in Germany.

The study claims that in August, a measure of French private-sector activity maintained by S&P Global fell to its lowest point since the interruptions associated with Covid in early 2021. It decreased more than predicted and dipped below the line dividing expansion from contraction.

According to the data, new orders and business confidence both decreased in the manufacturing and services sectors. Overall, manufacturing fell sharply while service activity was just above the mark that denotes expansion.

According to S&P Global economist Joe Hayes, “European economies look set for a hard run until year-end” because of high inflation and the demand boost that followed the implementation of COVID.

Production in Germany started to decline in July and then again in August, according to a separate statement from S&P Global. Germany, which heavily depends on Russian energy supplies, is concerned that this winter may see gas shortages.

A “deepening downturn in private-sector company activity” is being observed in Europe’s economic powerhouse, according to Phil Smith, associate director of economics at S&P Global Market Intelligence. “Continued weakness in manufacturing is being worsened by a downturn in the service sector,” he said. “Businesses questioned reflect an increasing burden on demand from high inflation and increased loan rates.”

According to analysts surveyed by Bloomberg, the 19-member Eurozone is now more likely than not to experience a recession as a result of rising oil prices.