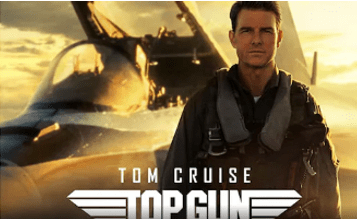 Top Gun: Maverick, an action movie starring Tom Cruise, made history by breaking the domestic box office record held by the legendary movie Titanic. The fighter-jet action movie has now become the seventh-highest grossing film in US history thanks to this extraordinary achievement, which has helped it sell over $662 worth of tickets.

According to Variety’s estimates, the romantic-comedy movie starring Leonardo DiCaprio and Kate Winslet made more than $1.5 billion abroad and more than $2.2 billion globally. Top Gun: Maverick has made tremendous money both domestically and internationally despite being banned from being released in Russia and China. The movie has made $690 million at the box office globally.

The success of the film is nothing short of monumental in the post-pandemic era, and if Top Gun: Maverick maintains its current winning streak, it may surpass the earnings of the popular Marvel film Avenger: Infinity War, which is currently ranked sixth on the list with a domestic gross of about $678 million.

Top Gun: Maverick has generated a tonne of hype online ever since it was first announced; this buzz only increased when the movie eventually opened in theatres in May. The film reportedly spent ten weeks straight in the top five of the weekend rankings. In addition, Tom Cruise’s movie Top Gun: Maverick became the first to earn more than $100 million in a single week.

The film, directed by Joseph Kosinski, is a follow-up to the beloved Top Gun from 1986. Tom Cruise and Val Kilmer reprise their roles as Pete Mitchell, called Maverick, and Tom Kazansky, aka Iceman in the recently released film. Glen Powell, Jennifer Connelly, Miles Teller, and Lewis Pullman also appear with them in significant roles. Top Gun: Maverick had its world premieres at CinemaCon and the 75th Cannes Film Festival before being on general release.