×
Newsyolo.com > World > Trending news in the world | Germany describes its goal for the UN Security Council 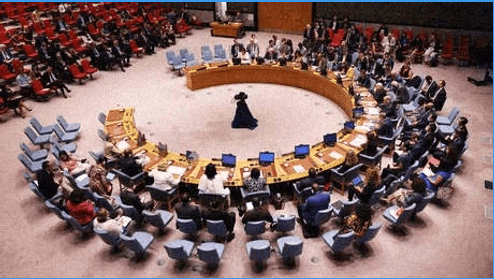 According to the German chancellor, the United Nations’ top body needs to “fit in with the reality of the 21st century.”

As a country that upholds UN principles and is “providing and seeking cooperation,” Germany deserves a permanent place on the UN Security Council, according to Chancellor Olaf Scholz, who made the statement during an address to the UN General Assembly on Tuesday.

In his remarks, Scholz urged the audience to support their candidate. The chancellor claims that Germany is essential for the UN’s top organization for resolving disputes to be able to handle today’s issues.

“We must adapt our laws and institutions to the realities of the twenty-first century. They mirror the world as it was 30, 50, or 70 years ago far too frequently. That holds for the United Nations Security Council (UNSC),” he remarked.

The UNSC was established in 1945 following the defeat of Nazi Germany and currently consists of five permanent members: the US, China, France, Russia, and the UK. These countries have the authority to block any council resolution.

Additionally, 10 rotating non-permanent members of the body do not have veto rights but represent all world regions. In 2019 and 2020, Germany held a temporary seat on the UNSC, and Berlin hopes to do so once more in 2027 and 2028.

In the same lecture, Scholz addressed the situation in Ukraine, arguing that Russian President Vladimir Putin must accept the fact that Kyiv is supported by the US, UK, and other European countries, including Germany, and that he cannot win the war.

“We won’t accept any peace that Russia dictates, which is why Ukraine needs to be equipped to repel Russia’s aggression,” he warned.

The Russian military action in Ukraine, according to the chancellor, was a catastrophe not only for Europe but also for the UN-protected international system of rules-based order.