×
Newsyolo.com > Political > Trumps party | Over $100 million is in the bank for Trump campaign organisations. 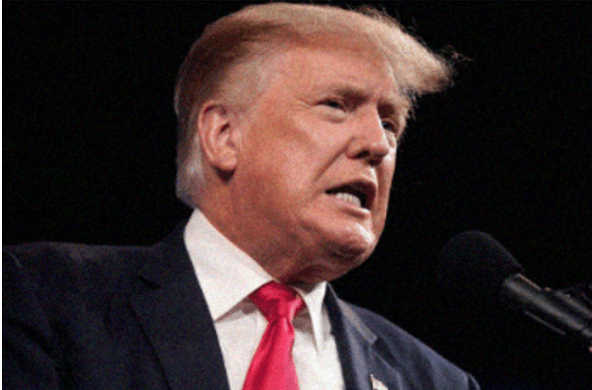 Trumps party | Over $100 million is in the bank for Trump campaign organisations.

The three organizations collected $82 million in the first half of the year, with Save America PAC, the former president’s new political organization, taking the lead.

According to federal papers made available on Saturday evening, the political committees of former president Donald Trump earned $82 million in the first half of 2021 and currently have $102 million in the bank.

The numbers, which were first disclosed to POLITICO, highlight how far-reaching Trump’s ability to raise money is. The former president is no longer in office and has been blocked on social media, but he still has a sizable internet donor network that he might rely on if he decides to run again in 2024.

The situation is essentially unheard of because a former president has never amassed donations totaling nine figures to fund a political campaign. To raise money on a level with the Republican National Committee and the party’s House and Senate campaign committees, Trump’s political organizations drummed up supporters over the first six months of the year with flimsy allegations of election fraud.

The former president raised money for three committees: Make America Great Again PAC, his former campaign account that was turned into a PAC this year; Save America, a leadership PAC he founded soon after losing the 2020 election; and a joint fundraising organization that distributes its funds to the other two groups. disclosures about campaign finances a document submitted late Saturday night revealed that Save Amerca received the majority of the funds—more than $62 million—and ended June with slightly more than $90 million in its account.

Save America and other leadership PACs have a $5,000 annual donation cap per donor, but there are minimal limitations on how their funds may be used. Trump hasn’t spent much money from the fund so far this year, but he can use it to fund political activities including campaign contributions, travel, events, advisers, and advertising.

The funds from the leadership PAC cannot be used to support a presidential campaign, which is a major restriction.

Trump also approved the creation of the Make America Great Again Action super PAC earlier this year, which is permitted to raise and spend an unlimited amount of money. The group, led by former Trump campaign manager Corey Lewandowski, has already made a significant financial commitment to support Trump’s endorsed candidates in two special elections. The super PAC raised somewhat more than $5 million between the time it was established in early March and the end of June, according to a disclosure submitted on Saturday night.

Following the Capitol riot on January 6, Trump temporarily slowed his fundraising efforts, but he picked them back up this spring. Before the 2022 midterm elections, in which Trump is anticipated to play a significant role, a large portion of the money he has raised is anticipated to be used. a person with knowledge of the situation said that they played an active role.

In a statement, Trump said, “I am grateful for your support on behalf of the millions of men and women who share my outrage and want me to continue to fight for the truth.

Trump has been adamant in his calls for his followers to donate to Save America, even at the expense of the Republican Party’s political action committees. Earlier this year, when speaking before the Conservative Political Action Conference, Trump claimed that saving America was the “only” way to donate to candidates who support him. The party disregarded cease-and-desist letters that Trump’s attorneys sent to the party’s committees in the weeks that followed asking them to avoid mentioning him in fundraising pleas.

Daily fundraising text messages from Trump’s campaign have been sent to supporters, many of whom have repeated his unsubstantiated allegations that the election was rigged. Although a person familiar with Trump’s campaign financing claimed that none of his organizations had provided money to support those efforts out of a wish not to contaminate their independence, Trump has spent months lavishing praise on election audits going place in states like Arizona.