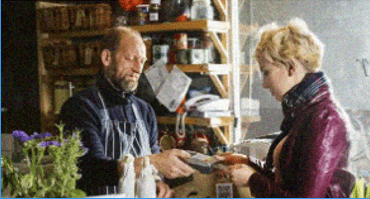 According to official data, the UK economy expanded by 0.2% in July after experiencing a significant decline the previous month.

According to the Office for National Statistics, the UK’s hosting of the Women’s Euro Championship contributed significantly to growth in the services industry.

Although the economy grew in July, the rate of growth was lower than the 0.3% expansion predicted by economists.

Because of the extra bank holiday for the Queen’s Jubilee, the nation’s gross domestic product (GDP) decreased in June.

Due to two fewer working days in June, the UK’s GDP, which tracks all the products and services produced there, decreased by 0.6%.

According to analysts, the 10 days of national mourning and the bank holiday for Queen Elizabeth’s royal funeral on September 19 might hurt economic development and cause the UK to enter recession earlier than anticipated.

The Bank of England predicted last month that the UK would enter a recession by the end of this year.

When output declines for two consecutive quarters, or three-month periods, the economy is said to be in a recession. In comparison to the previous quarter, the economy shrank by 0.1% between April and June.

The Women’s Euro Championships, which England won, and the Commonwealth Games both boosted the economy in July. Sales of used cars were also robust.

However, there was evidence from other sources that suggested consumer spending was still being restrained by rising prices even after inflation hit a four-decade high of 10.1% in July.

According to the ONS, economic growth between May and July was unchanged from the preceding three months.

July saw declines in both the industrial and construction industries. A decrease in the demand for energy like electricity hurt production.

Anecdotal data, according to the ONS, “may point to some signals of changes in consumer behavior and lower demand in response to increasing costs,” even if this may have been caused by “higher than typical temperatures,” it said.

Although the economy expanded in July, according to economist Jake Finney of the accounting firm PwC, he now anticipates a decline in the third quarter, which spans from July to September.

This would mark the first technical recession the UK has experienced since lockdown restrictions were lifted, he explained.

Because June included an extra bank holiday in honor of the Jubilee, there was less economic activity than usual, which inflated the results for July, it is not surprising that the economy expanded in July compared to June.

The additional bank holiday for the state burial next week will have similar impacts this month.

However, if these biases are removed, the data indicates that a recession or, worse, stagnation, will likely occur earlier than the Bank of England had anticipated.

The four-fifths of the economy that is made up of services did grow, but not as much as most economists anticipated. The majority of the increase is in services provided to other businesses, such as IT or accounting.

Activity in consumer-facing services increased but is still 4.3% below its pre-pandemic level, showing the real economic agony people have already been going through even before the expected increase in energy prices next month.

Following the government’s decision to restrict the increase in gas and electricity costs and the incoming Prime Minister Liz Truss’s promise to reverse a 1.25% increase in National Insurance, some experts predicted that the UK would experience some growth.

However, economists also noted that the bank holiday for the Queen’s funeral could have an impact on the UK economy. Samuel Tombs, chief UK economist at Pantheon Macroeconomics, predicted that it would have a 0.2% negative impact on economic growth.

According to him, the extra public holiday could have a greater economic impact than the extra day off for the Jubilee in June because “many firms will still close, even though the hotel and tourism sector probably won’t gain.”

However, as the majority of them did in June, many enterprises will be able to make up lost time.

We continue to believe that a recession will be narrowly avoided over the upcoming quarters, according to Mr. Tombs of Pantheon.

However, the surprisingly little increase in real GDP in July indicates that the economy has little momentum and is likely already in a recession, according to Capital Economics’ chief UK economist Paul Dales.

“It’s unlikely that will change despite the government’s utility price freeze.”