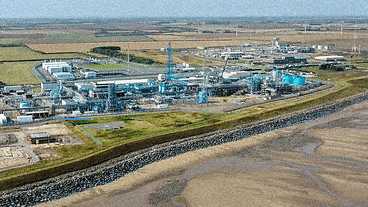 The Financial Times writes that the UK has threatened it may cut off the pipeline to the continent.

The Financial Times reported on Wednesday that Britain has threatened to halt its gas flow to the continent if there is a serious shortage, adding to the uncertainty surrounding the European Union’s gas supply.

By the newspaper, one of the first actions under an emergency plan that might be activated if the gas supply issue worsens in the upcoming months would be to shut down interconnector pipelines connecting the UK with the Netherlands and Belgium. The FT notes that additional actions would include stopping delivery to significant industrial sites and encouraging homeowners to consume less.

The EU is currently experiencing an energy shortage as a result of its members’ sanctions against Russia, the bloc’s primary energy supplier. After Russia limited supply, Germany and the Netherlands activated emergency plans earlier this month, restarting coal reactors and urging companies to reduce gas consumption.

Less than 5% of the natural gas used in the UK comes from Russia, with the majority originating from the North Sea and Norway. However, changes in the world markets have an impact on gas prices in the UK.

The nation has relatively little storage space, so any surplus is shipped to mainland Europe during the summer when demand is at its lowest. The FT says that during the winter, the flows reverse, and the UK imports significant amounts of gas from the continent. If there are any persistent shortages, cutting down interconnectors might hurt London.

Britain’s proposals run the risk of weakening global energy cooperation, and EU gas corporations are reportedly pleading with London to change its mind.