×
Newsyolo.com > Business > UK to permit imports of food from Fukushima The Guardian 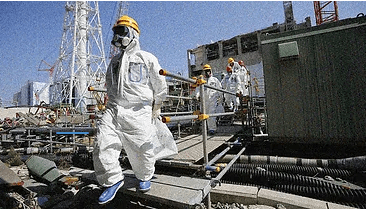 UK to permit imports of food from Fukushima The Guardian

The restriction enforced in London following the nuclear tragedy in 2011 is being lifted.

Beginning on Wednesday, the UK will permit the import of food from the Japanese prefecture of Fukushima, according to a story from The Guardian, which quoted Prime Minister Boris Johnson. As a result, the limitations imposed on supplies from the area following a serious incident at a nearby nuclear power facility in 2011 are lifted.

During a meeting with Japanese Prime Minister Fumio Kishida on the fringes of the G7 conference in Germany on Tuesday, Johnson said, “I’m glad that tomorrow – finally – we are allowed to get Fukushima-origin products all over the stores in the UK.”

Following the biggest nuclear accident since Chornobyl, when a reactor in the area had a triple nuclear meltdown, the UK banned imports from Fukushima eleven years ago.

But since then, the limitations have been steadily relaxed. 23 goods, including mushrooms, will be impacted by the lifting of the remaining restrictions. Major UK grocery stores Tesco and Waitrose have stated they do not intend to sell food from Fukushima, but it is rumored that it will be offered at Japanese eateries and shops in England, Scotland, and Wales.

The prohibitions will continue to apply to production from Fukushima in Northern Ireland, which is governed by EU regulations.

Authorities in Fukushima asserted that they have tightened their food safety regulations to the tightest in the world as a result of the disaster. Japan’s capital, Tokyo, responded to Johnson’s news by saying it “welcomes the fact that the UK government reached this decision based on scientific facts, as it would facilitate the rehabilitation of the devastated areas.”

China, Russia, South Korea, Indonesia, and Taiwan all still have import restrictions on produce from the Fukushima region, indicating that other nations are less eager to purchase food from the region. Meanwhile, a rise in food and gasoline prices has caused a cost-of-living crisis in the UK. A recent survey by the UK Office for National Statistics found that about half of the nation’s residents have reduced their food spending to save money.